Samsung added a third tier to the Galaxy S lineup last year, with the introduction of the S10e. The phone combined most of the features from the S10 and S10+ with a smaller body, much to the appreciation of small phone fans everywhere. The first renders of the regular Galaxy S11 were published yesterday, and now we're getting a look at the S11e.

The S11e appears to follow the same basic formula as the last version: most of the features of the regular S devices in a smaller form factor. The screen measures between 6.2-6.3 inches, which is smaller than the S11's 6.7-6.9" display, but slightly larger than the 5.8" S10e. The entire case is 151.7 x 69.1mm x 7.9mm (or 9.1mm including the camera bump). That makes the phone just as wide as the S10e, with the same depth, but the screen increases the height. 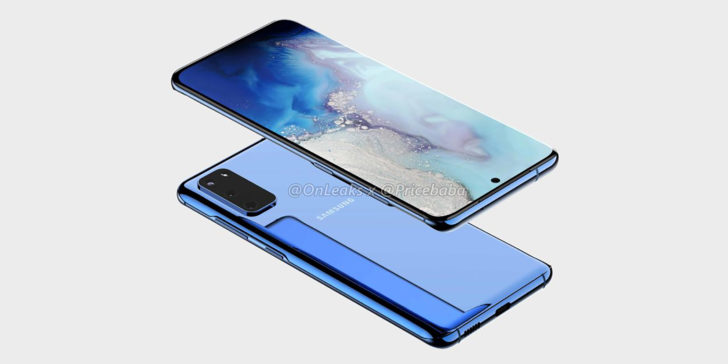 The camera array appears to have a few features removed, compared to yesterday's S11 renders. There are three sensors, plus an LED flash, but OnLeaks/PriceBaba was unable to determine what exactly the setup is. Three sensors is at least an upgrade from the S10e, which only has a regular 12MP lens and a 16MP ultra-wide shooter.

Fans of the S10e's super-fast physical fingerprint sensor might be disappointed, as the S11e seems to have an in-screen sensor, just like the Note10. Also like the Note10, there is no headphone jack, with only a Type-C port on the bottom of the phone.

We'll likely see more of this phone (and the rest of the S11 lineup) a lot more over the coming months. If previous Galaxy phone launches are any indication, Samsung is a leaky ship.