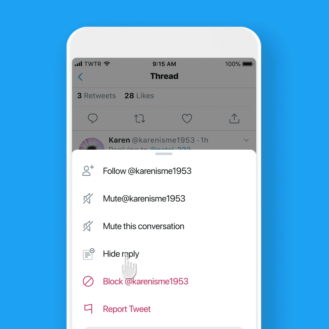 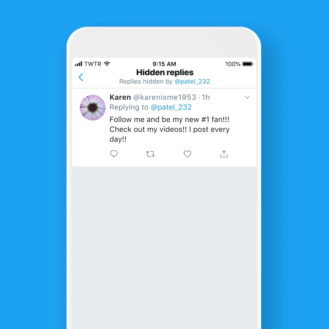 So, what are the dynamics of hiding replies? Well, those who are sorting replies to a tweet they sent out can select one they don't particularly like for their own ethical or moral reasons and hide it from the public's immediate view. If someone else wants to see the tweets that the thread initiator hid from the reply stream, they can tap an icon to the far right of the original tweet. An author can also view a hidden reply and unhide it. 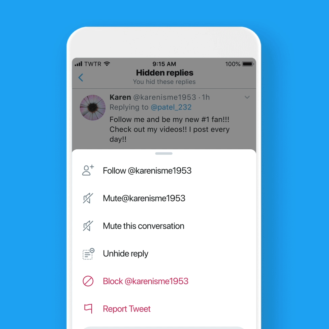 One important change from the Canadian test period is the additional prompt for those hiding a tweet about blocking the person who wrote the reply.

Twitter says that people used the hide feature much like profile muting, though in a limited, targeted way. More than a quarter of people who have had their tweets hidden told the company that they would reconsider how they tweeted in the future.

Hiding replies is now available to everyone globally. Twitter says its regional tests have been successful and the feature has been a good way to avoid derailing conversations or shifting their tone. The option to block users after hiding their replies is also included in the final rollout.

We've verified that the ability to hide replies is now live on the Android app, mobile site, and desktop site, in both Lebanon and Germany, so there seems to be no server-side switch or slow rollout involved.

Chrome Canary gets mysteriously renamed to Clankium with funky dino icon (Update: Back to normal)