With this release, cstark27 collaborated with two other XDA members to bring most of the Pixel 4's features to older devices, as well as enable new options that aren't officially available in Google's own Camera app. Chief among the changes is a manual astrophotography toggle and a light painting mode, but there's much more to delve into.

In Camera PX 4.0 (also known as GCam), you can enable a new Show Astro Buttons menu under Settings > PX Mod Settings. When on, it adds two permanent astrophotography (three stars) and light painting (pen drawing) icons to the camera in Night Sight. So instead of keeping your phone steady, pointing it at a dark patch of sky, and hoping for the astro toast message to appear, you can manually trigger it and rest easy knowing you'll get the shot type you want. 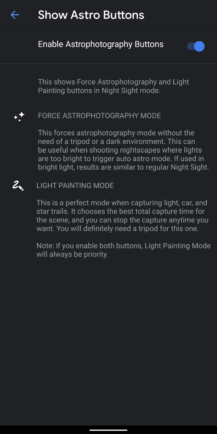 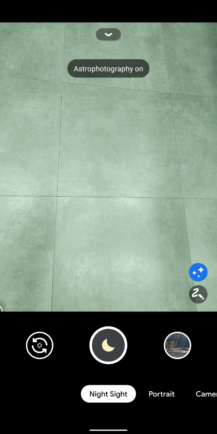 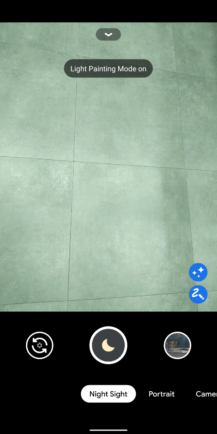 Left: Astro buttons toggle. Middle: Astro on. Right: When both are on, Light painting takes over.

The light painting mode is perfect for capturing moving lights, like car trails. I tested it briefly in a very unideal setting and managed to capture some streaks from passing cars. The photo below is pretty bad, with lots of light bleed from nearby buildings and lamp posts, but it's a proof that the feature should work. 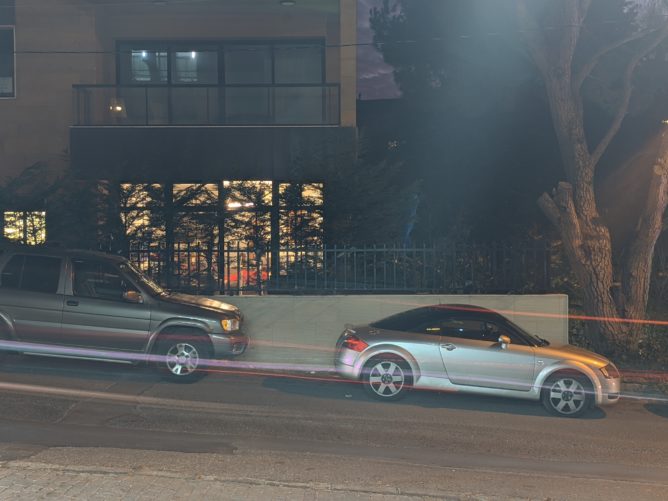 Terrible photo setting, but the light streaks are there.

Another major addition to this mod is a new Lib Patcher, accessible directly from settings. This lets you control all the post-processing your phone does after the photo is taken, from darkening and denoising the sky in astro mode, to general sharpness, saturation, and more. Tinker with these at your own risk, or leave them set to default if you don't want to things mess up. 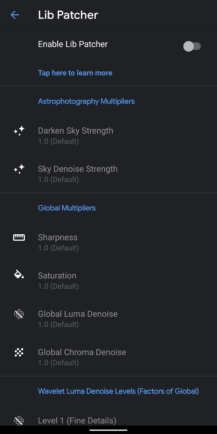 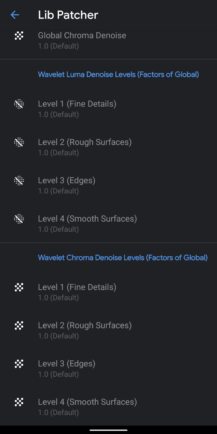 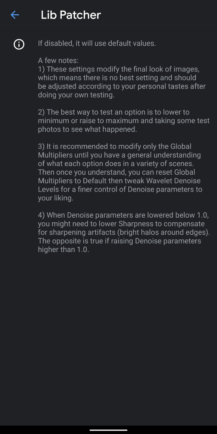 The mod comes with dozens of other tweaks. You can set which mode the camera launches in (Camera, Portrait, or Night Sight) and access two additional app shortcuts from the launcher icon (Take portrait and Night Sight). You can also use the built-in photo viewer, which is faster, or stick to Google Photos, which takes a bit of time with its processing. Another handy shortcut is found in the camera switch button (selfie/rear): tapping and holding on it takes you straight to settings.

There are also choices for the maximum zoom level, maximum exposure time in astro mode, and default Portrait zoom (1.5x or 2x), plus an option to force Time Lapse videos to save in 4K instead of 1080p. And if you're heartbroken about the disappearance of Smart Burst in favor of those low-res videos, you can get it back, so that tapping the shutter for a few seconds snaps a bunch of still images like it used to. 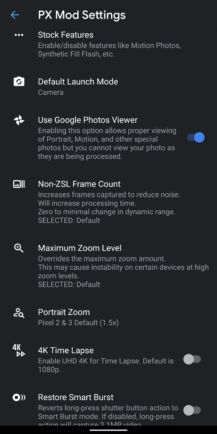 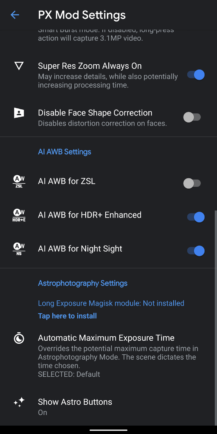 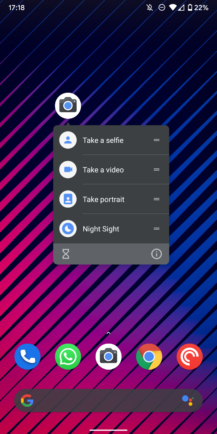 In case you're looking at all of these features and wondering what's available for your Pixel, cstark27 provided a very handy table that should give you an answer. Default means the feature is already available on your phone with the regular Google Camera app. Y and OK mean it isn't normally, but gets enabled with this mod. N/A, Disabled, or Not Working mean you won't find it in either. 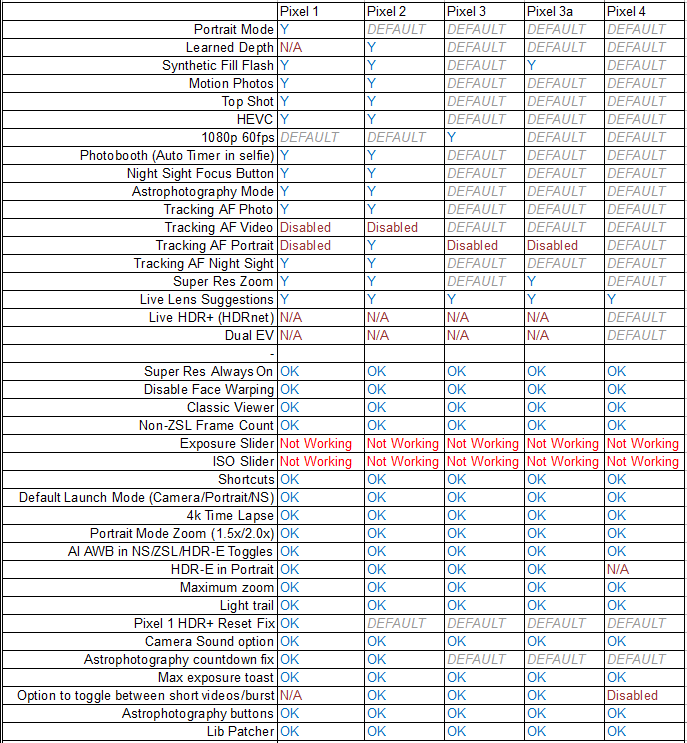 Since Camera PX 4.0 is a mod with a different signature from the default Camera app, you can install it on your Pixel without it interfering with the regular app. The two will coexist in your app drawer and you'll be able to switch between them and use the one you want at any point.

You can grab Camera PX 4.0 from the official source or from APK Mirror.