The latest update to Android Auto is making the rounds and it's potentially a pretty major update, even if it's not immediately obvious. There aren't going to be any major visible changes upon installing the update, but one of the most requested features, a customizable app drawer, appears to be ready for launch. Also on the lineup is a persistent temperature display, which may also be rolling out soon. 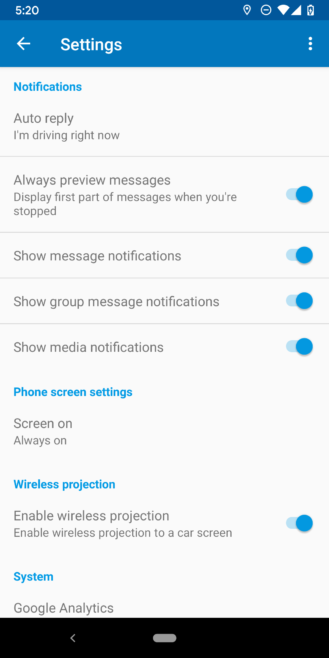 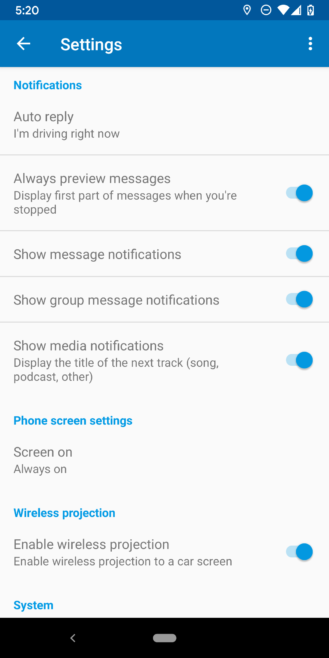 The only change that formally comes with this update is a minor addition to the Settings page that places a description on the media notifications toggle is for. This is fairly helpful since the title was arguably vague by itself.

Back in v4.7, it became clear that the Auto team had been working on an interface to remove unwanted apps from the drawer, making it easier to narrow down your list to just those that are wanted so other installed apps won't take up space. As of v4.8, this functionality appears to be fully operational, albeit not actually rolling out to users quite yet. I was able to get it working, so here's what we can expect based on its current state.

There will be two ways to access the interface for customizing the launcher. The first method involves opening the launcher on your car's screen and long-pressing on an app. In the screenshot below, you can see a faint message saying, "App launcher customization opened on phone." 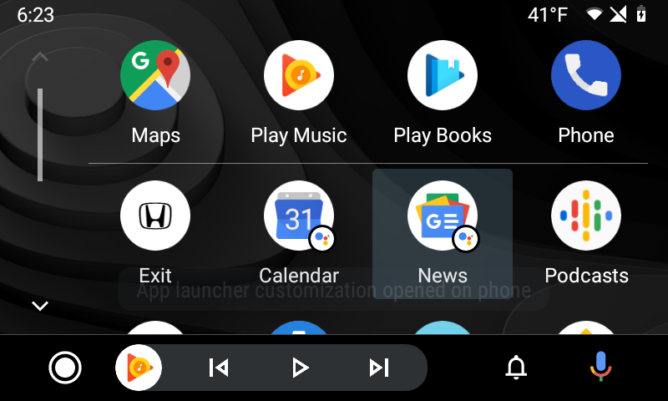 The other method will be found on your phone under a new 'Customize Launcher' setting. 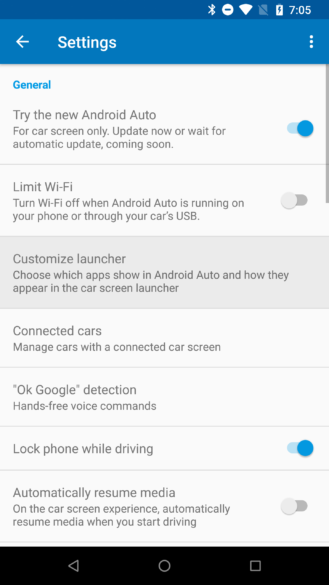 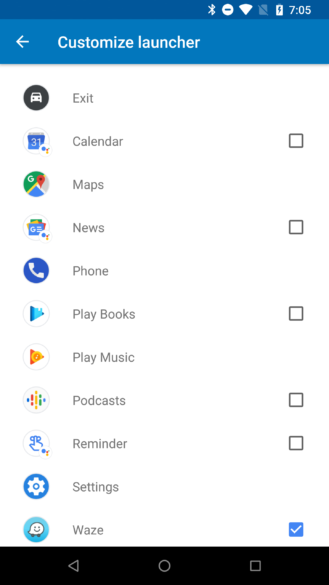 From here, checkboxes next to select apps can be toggled on or off to determine if the apps appear in the launcher. Notably, some standard apps cannot be removed, like Google Maps, Phone, and Settings. Google Play Music also appears on that list, which may not be ideal for all users. Every other app can be hidden, including the virtual apps provided by Google: Calendar, News, Podcasts, Reminder, and Weather. 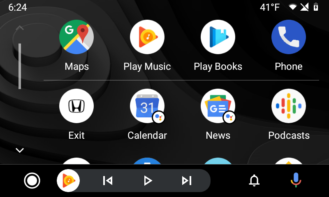 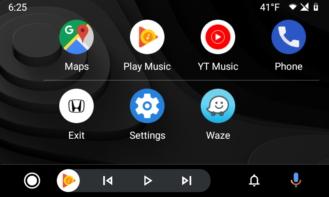 As noted in the previous teardown, it's currently necessary to re-launch Android Auto (unplug and reconnect it) for the changes to take effect. The screenshots above show the difference after hiding almost every app. There's no need for scrolling and apps that alphabetically land at the bottom of the list are easily reachable.

At this time, I had to override some settings to make this option appear. None of the people I could ask were able to see this setting, so it appears Google hasn't started rolling it out to users yet. However, it clearly works, so we may see it going live at any time, with or without further updates. But may I just say in advance... Thank you, Auto team, this was my big must-have feature, so I'm actually pretty content for a while — at least once I can use it on my non-rooted primary phone.

Earlier this year, Google began rolling out a new UI for Android Auto that left it feeling both substantially different, while also largely the same. The key changes can really be summarized by saying that the old Feed-style UI was removed and the method for switching apps was replaced by a more traditional app drawer. There's still a screen for notifications, but it's likely to go unnoticed. Along with this change, a card dedicated to the current weather was removed. Technically, there's now a Google-provided Weather app in the launcher, but it's just a bit too far out of the way to be useful.

With the latest update, it would appear a more persistent form of weather information will be returning to Android Auto. New resources show a setting is in the works to enable weather updates to appear in the car screen status bar. 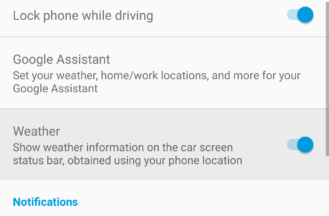 I was able to activate the setting, but the results aren't terribly exciting. When enabled, it adds a fairly small temperature reading to the status bar next to the wireless connection icons. Look closely at the screenshots below and you'll find the 41°F readout floating in the top-right corner. 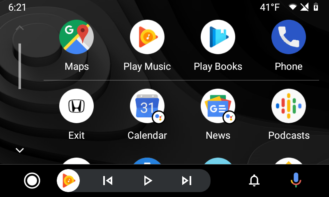 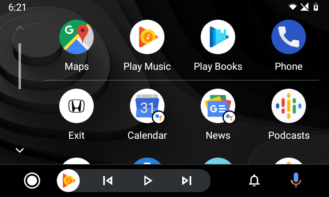 To be fair, there really isn't much need for indicators of other weather conditions like rain, clouds, or sun. After all, you can look through the windshield to figure out those things. Although, may I suggest adding some hints about hard to see conditions like wind, icy roads, and so on.

Much like the launcher customizations described above, I had to override some settings to get these screenshots and nobody else seems to be seeing this yet. Perhaps there will be a rollout pretty soon.

Weather is rolling out

It looks like Google has started sending out the signal to enable weather for some users. A reddit thread popped up yesterday to demonstrate the new feature had gone into effect and now displays local temperature in the top right corner of the screen.

However, most people probably won't see it yet. The majority of respondents to the reddit thread don't see the weather display yet, and I don't see it on any of the phones I've tested either. Since this is just the beginning of a rollout, this is pretty normal; but if you've really been looking forward to having the temperature on your screen, we want you to know so you can begin checking.

Keep in mind that the temperature can be enabled or disabled. Just launch the Android Auto app on your phone and open the Settings screen from the navigation drawer, then look for a weather toggle immediately above the Notifications section. While it was enabled by default when I uncovered this feature, it's plausible Google may have turned it off as part of the rollout.

If you're already checking for the weather setting, you may also want to look around for option to customize the launcher. It may be an unrelated feature, but you never know when something like this will go live around the same time.