The three effects are showing up with a server-side change and don't require an update to Duo. They can be applied when recording a video message to send to other Duo users; you get to them by swiping down on the main screen then tapping the Effects icon on the right. Two effects put Scooby-Doo at the bottom of the screen where he either looks back at you or giggles. 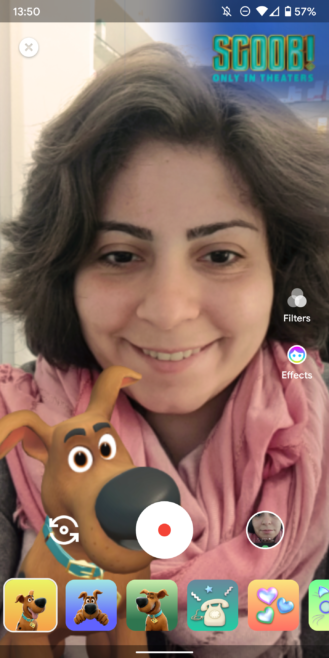 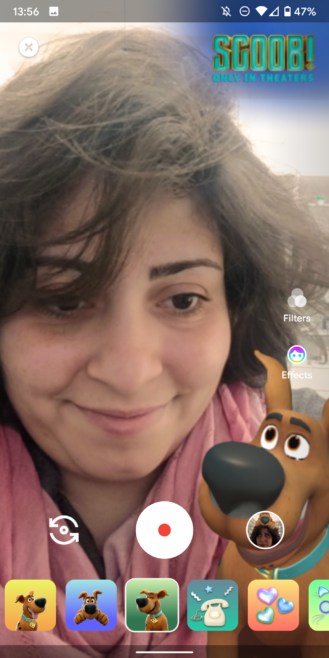 The third and best one places everyone's favorite sleuthing dog on top of your head, where he clings to your hair, perks up his ears, and looks around. When I saw this, I had to record a video message and immediately send it to my husband — he's a Scooby fan. 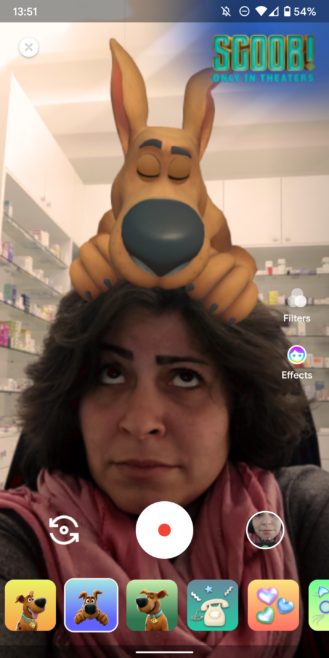 Scoob!, the movie, isn't set to be released until May 2020, six months from now, so the effects' timing is weird. But Hollywood being Hollywood, it's likely that the production company behind the movie wants to drum up as much hype as possible early on, and that includes promos and partnerships like this one. Regardless of the reason, we get to put Scooby-Doo on our head and that's reason enough not to complain.