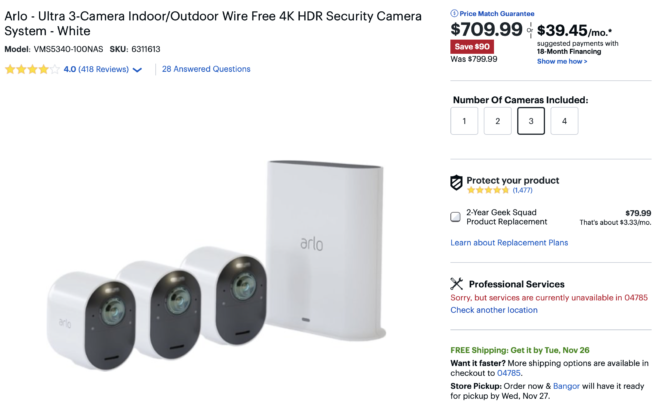 The Arlo Ultra features a 4K sensor with a 180-degree field of view. It comes with built-in spotlights for better visibility at night and sirens to ward off intruders. The cameras are wireless and come with an integrated battery, which can last for about a month. The bundle also includes a free one-year Arlo Smart Premier subscription, letting you receive instant alerts when motion or audio is detected, set smart schedules, and save up to 30 days of footage on the cloud. If you'd rather store your files locally, you can do so using the hub's microSD card slot.

Make sure to check out Ryan's review of the Arlo Ultra to learn more about its features, advantages, and shortcomings.