The Nokia 9 PureView has plummeted in price since it was released earlier this year, turning it into something more competitive with devices from OnePlus. Now you can get the PureView for just $379.99 from B&H Photo, a discount of $380 from the original price.

The Nokia 9 PureView has a Snapdragon 845 processor, 6GB of RAM, 128GB of internal storage, a 3320mAh battery, a 6-inch 1080p OLED screen, and stock Android 9 Pie. The camera array on the back is the highlight feature, as the mix of 12MP RGB sensors, 12MP monochrome sensors, flashes, and time-of-flight sensors can result in some great pictures. Like most of HMD Global's phones, the PureView only works on GSM networks like AT&T and T-Mobile, and not Verizon or Sprint. 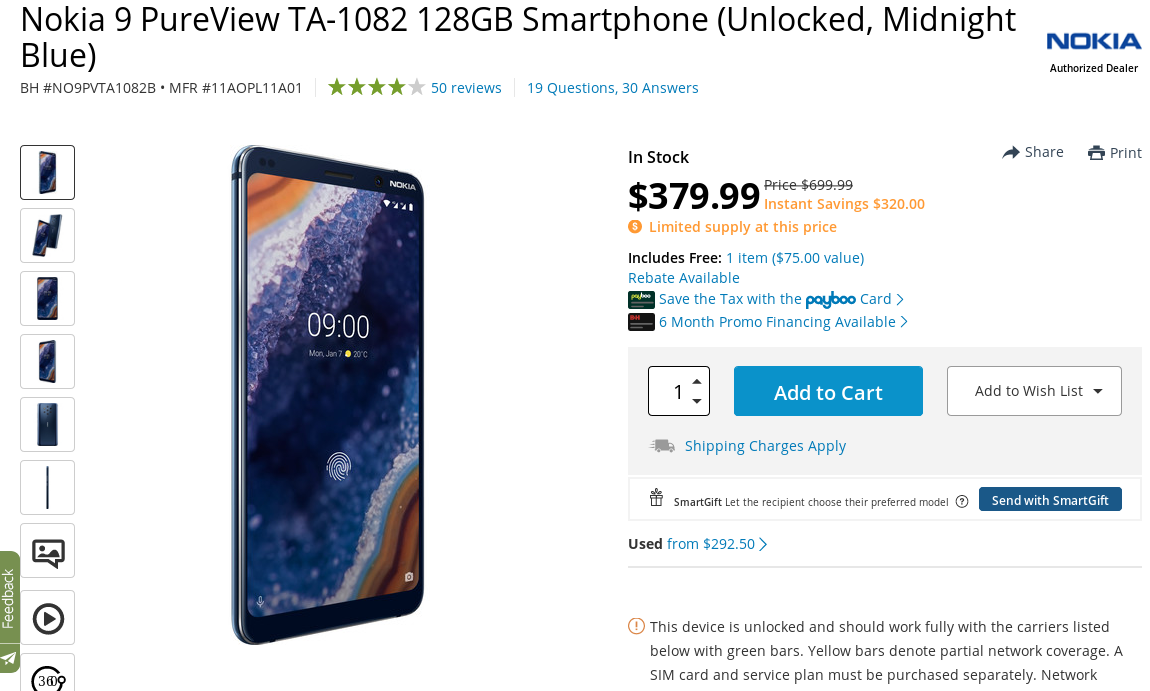 We reviewed the PureView when it was released in March, and found that while the hardware and software were mostly excellent, the camera suffered from sluggish processing and the in-screen fingerprint sensor was terrible. HMD Global has improved both aspects with updates, and an Android 10 upgrade should arrive before the end of the year.