If these new leaks are to be believed, Huawei’s tablet line will soon expand to include a premium device with new MatePad branding. The company already has a broad lineup of tablets under the MediaPad series, and the upcoming MatePad Pro will supposedly be positioned as the top-tier option. Its press shots recently came to light in two separate leaks by Evan Blass and 91mobiles, showing a rather contemporary design with thin bezels and a hole-punch camera.

Blass tweeted a high-res render of the Huawei tablet attached to its keyboard accessory and a stylus on the side. The tablet’s front looks reminiscent of the recently announced Samsung Galaxy Tab S6, and even the 2018 iPad Pro, although with one major addition — the hole-punch camera. This Huawei slate could be one of the first tablets to use this camera implementation, even though the bezels seem thick enough to accommodate the front-facing camera unit. Huawei’s M-Pen stylus also appears to have undergone a design change, again taking inspiration from the Apple Pencil. 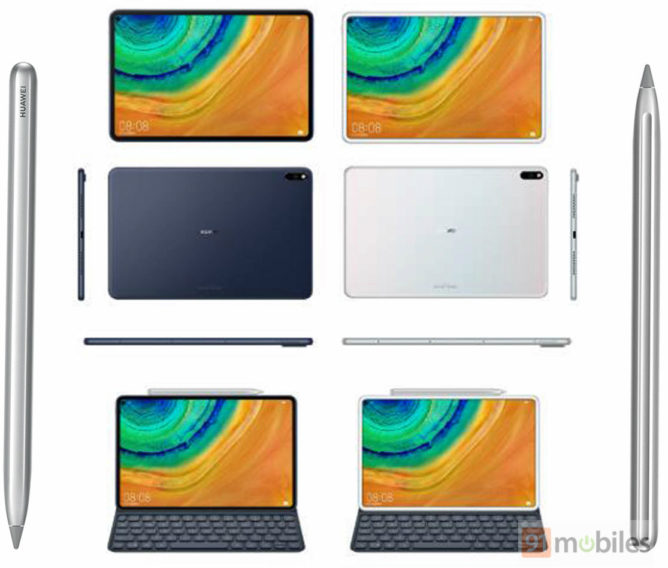 More images of the tablet were leaked a couple of weeks ago, but they still weren’t accompanied by detailed specs. These somewhat blurry photos show the MatePad Pro’s back that houses a pair of cameras and an LED flash in a capsule-shaped housing. Other takeaways from these photos are the presence of a USB Type-C port and the fact that the stylus will now stick to the tablet’s top (side?).

The MatePad Pro is supposed to be a high-end tablet with an Kirin 990 chipset and up to 8GB of RAM. We're still not sure if Huawei will release it with Android and Google apps pre-installed or opt for it's own alternative.

As per an image obtained by Android Headlines, the MatePad Pro will be available in two additional colors apart from the pair we previously shared. Shades of green and orange appear to be the new ones, while we still have the white and blue colors seen in older leaks. 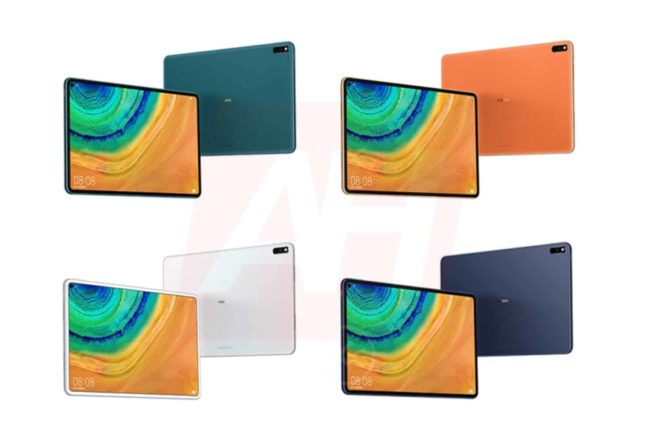 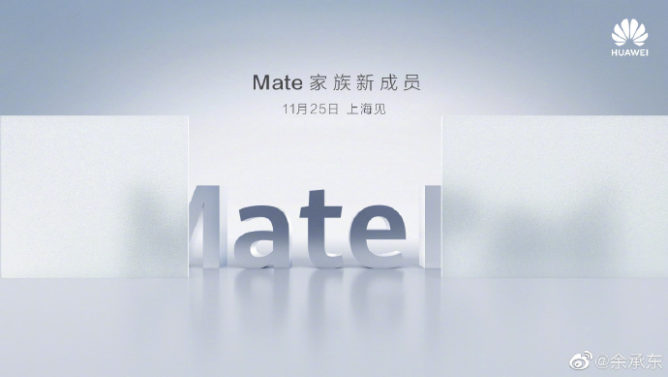 In a recent Weibo post, Huawei consumer business CEO Richard Yu teased the announcement of a new Mate device on November 25 in Shanghai. The post is accompanied by an image that partially reveals the rumored MatePad branding, indicating at a possible launch of the Huawei MatePad Pro tablet.

Grab a SanDisk Extreme 512GB A2 microSD card for just $110 at Amazon, an all-time low