Your News Feed can get a little crowded. It's flooded with text, links, ads, and comments, when what you really want are those juicy pics. Usually, you'd turn to Instagram for that fix, but you might soon find it right in the Facebook app: a new feature, Popular Photos, will show you more pictures in a self-contained feed.

This test was first noted by the folks at TechCrunch. Keep in mind that not everyone has it, as the previous trial was in October and further tests are pending. If the feature rolls out, tapping a photo in your News Feed will display additional pics below, which you can scroll through to browse. Popular Photos separates the wheat from the chaff, removing some of the visual clutter associated with the News Feed. A dark background and minimalized text create a more pleasing viewing experience. 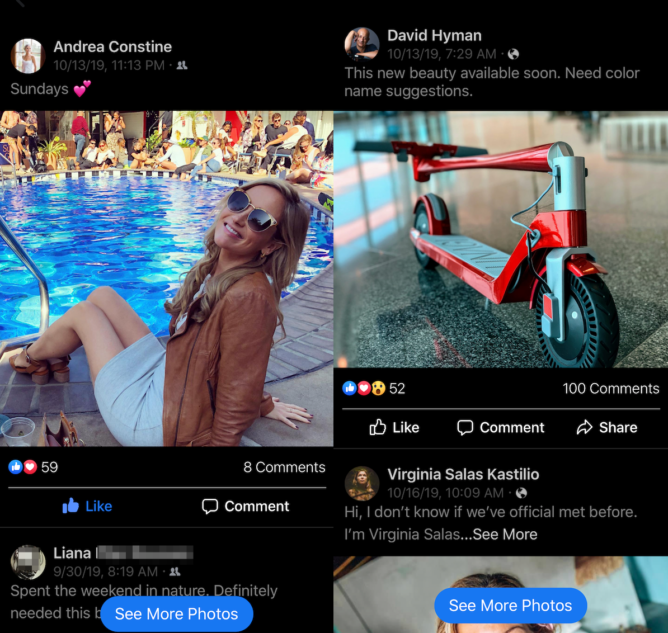 It's unclear what Facebook's intentions are regarding Popular Photos. There's already quite a bit of overlap in functionality between the Facebook app and Instagram. Increased parity and continued aggressive branding could be hinting at more advanced integration between Facebook's family of messaging apps.

Facebook has declined comment to TechCrunch regarding the future of Popular Photos, aside from a confirmation that the feature will undergo additional testing. Keep an eye out for it on your Feed.

Yelp app getting first real makeover in years, allows you to swipe through reviews