The hinge 4 years in the making

Smartphone OEMs face many challenges in implementing a flexible display into a folding product. One of them concerns how much time that panel spends creased in the folded position and how that will ultimately affect its useful life.

As with many manufacturers, Motorola had ambitions to build a folding phone for years and workshopped ideas with engineers from its Chinese parent company, Lenovo, all the way back in 2015 about how the hinge would perform and how the display would rest into it. The design they opted for — having the display rest on collapsible support plates — should result in no crease on final production units. 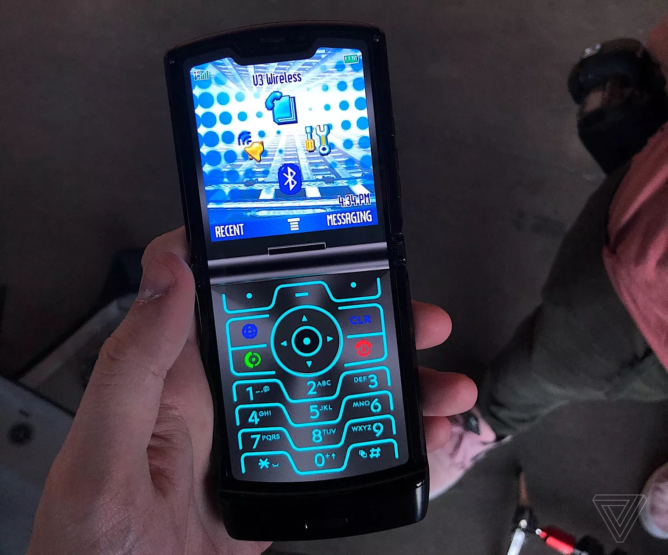 The Verge was able to play around with the Razr enough to crack open an Easter egg: if you drag down the notification panel to edit the quick settings, you'll find a "Retro Razr" mode button in the unused section. Putting that setting into the panel and then tapping on it will bring you to this glorious view mimicking the original V3's UI, right down to the keypad-only navigation — no touchscreens back then, just good 'ol T9 and the up-down-left-right. 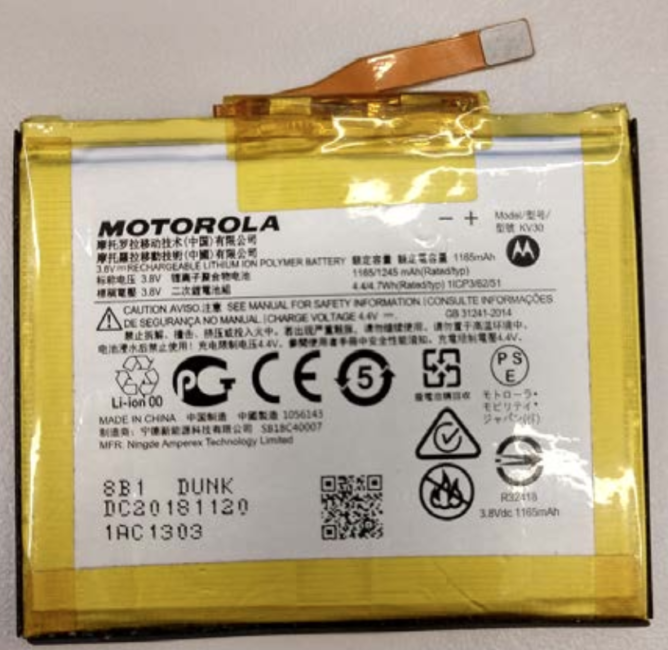 When it comes to power, Samsung and Huawei have deployed two batteries — one for each side — on each of their folding phones. Motorola has done the same. XDA's Mishaal Rahman noted one of the batteries, the KV30 made by Amperex, with a typical capacity of 1,245mAh. The other battery, which we could not suss out from Motorola's photographs submitted to the FCC, is claimed to be the KV40 and is presumed to have a capacity of 1,265mAh.

There are two batteries: KV30 and KV40 by Amperex. KV30 is shown in the internal pictures doc.

Other documents in the pile indicate that the phone will support eSIM, come with an additional "Moto Care" package (at some expense, we presume), and is rated IP68 for dust and water resistance — a first for foldable phones.

Rahman has taken the courtesy to comment on our story with a key note that the submitted support documents date back to March. It's possible that enough tweaks have been made to make the IP68 rating invalid in this case. We may have to wait until we hear an explicit mention from Motorola on that front.

Still plenty more to flow for the Razr as we cruise through the next several weeks.

(Update: Back on sale) Brighten up your home with a 4-pack of LIFX Day and Dusk smart bulbs for ...