One of the many perks of Google Photos is its built-in "Assistant," which suggests photo collages and animations for you, makes movies and albums for your special occasions, and suggests you archive documents and receipts. The feature's name can be confounding though, as Google obviously has another Assistant that does something completely different, but this confusion will soon be fixed.

A Google Support document for Photos' Assistant tab has been modified and renamed (old cached version vs new version), switching all instances of "Assistant" to "For you." The new appellation isn't very surprising, considering Google Maps has the same tab.

According to the new support page, nothing else seems to be changing on a functionality level. You'll still get the same types of suggested cards and you'll still be able to dismiss or disable them entirely.

On Android, the new tab name isn't live for me yet. On the web, the new photos.google.com/foryou URL works but the tab itself hasn't been renamed.

It seems that the tab rename has been rolling out already. Here's what it looks like in Dutch and English. Thanks, Anthony Maki! 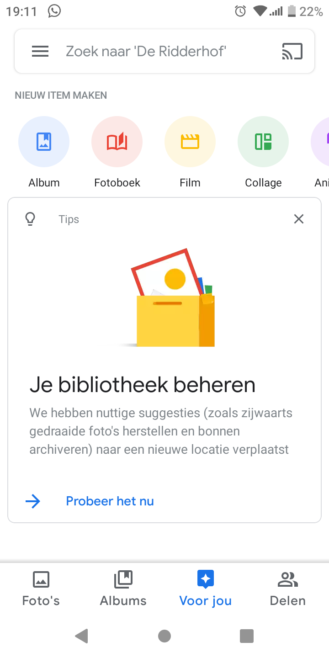