One of our traditions here at Android Police was covering the monthly updates to the Android Platform Distribution statistics. The page revealed which versions of Android had how much market share, allowing us to track how quickly (or more often, how slowly) a system update was rolling out. However, the page has almost entirely been neglected for over a year.

The last regular update to the distribution statistics was in October of 2018, where Android Pie had yet to reach 0.1% of Android's total market share. The next time the page was updated was seven months later, at Google I/O 2019. A source told us that the delay was due to an unexpected loss of the source of usage data, and that the monthly updates should have returned to a regular pace. 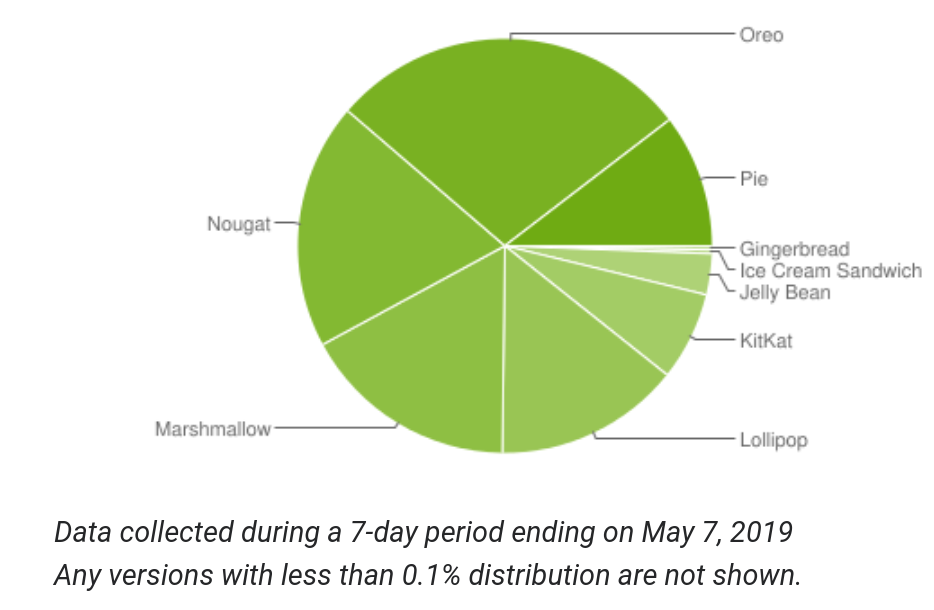 Except... that hasn't happened. The update in May is still the most recent refresh, leaving us in the dark about what the Android landscape looks like at the moment. Is Gingerbread still hanging in there? Has Android 10 eclipsed any older versions in terms of market share? No one knows the exact answers to these questions, at least no one outside of Google.

It's not hard to imagine why Google might not mourn the death of the distribution chart. The numbers usually amounted to monthly negative press for Android, as the page updates were almost always accompanied by articles pointing out that an OS version from years ago still had a massive amount of active installs. May's distribution numbers showed Android 2.3 Gingerbread — released in 2010 — actually rose to account for 0.3% of all OS installs.

Apple has famously used the distribution numbers over and over again to prove that iPhones receive updates quicker than Android devices. Most recently, Apple CEO Tim Cook pointed out at WWDC 2019 that Android 9 Pie only accounted for 10% of all Android devices, while iOS 12 was installed on 85% of iPhones. 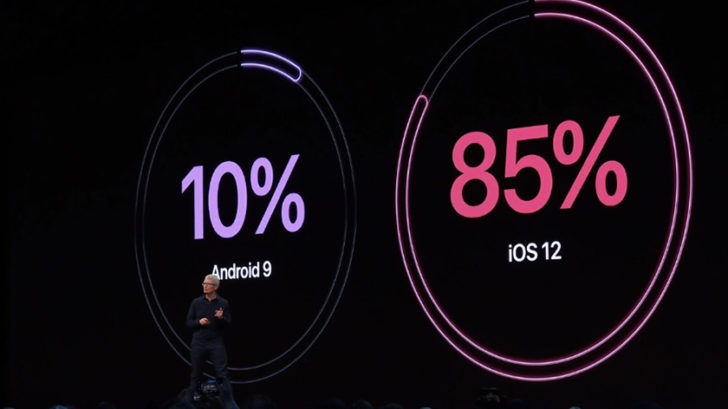 However, the constant negative press about Android's update gap has been a strong motivator for Google to improve the platform. Project Treble made system updates simpler by separating the low-level driver components. Google Play Services brings new APIs and functionality to nearly all actively-used versions of Android (4.1 Jelly Bean is the current minimum). Most recently, Project Mainline aims to deliver updates to system components through the Play Store.

Without the public distribution numbers, it's harder than ever to understand the current state of the Android ecosystem. Is Android 10 actually rolling out quickly, or is Google cherry-picking its data? What versions should developers target for the best return-on-investment? How much of the Android ecosystem supports a certain feature? Right now, there's no way of knowing any of these questions for sure.

Google declined to comment on when the distribution numbers would return, but here's hoping the page will actually make a comeback. Apple publishes the same data for iOS every month, and so should Google — even if the numbers do make Android look bad sometimes.

Carriers be damned: Google is rolling out RCS messaging in the US