The trailer above is relatively tasteless and reminds me of the ads I would watch during after school cartoons. Not only does this cinematic trailer barely show any gameplay, the music sounds like something that would fit in with a Power Rangers TV show. Luckily Battle Breakers isn't defined by this horrible trailer, though I can't say the game is all that great. It's a F2P release after all, and since this is an Epic title, you better believe Battle Pass is in the mix. So yes, there is an in-game store, and Battle Pass is an option for those that want to earn extra rewards.

As I already mentioned, Battle Breakers offers gameplay that revolves around players collecting heroes by fighting the monsters that have trapped these heroes inside of mystical crystals. A team of six heroes will venture into many dungeons in search of gems and monsters. These dungeons are made up of a grid of gems, and as you break these gems, you may happen across a monster to battle. As you smash gems and battle these varied monsters, you'll reveal more of the level in search of a key that will let you reach the next stage. In total, there are over 1000 dungeons to explore, and of course, there are many different heroes to collect.

Since Battle Breakers is only available on Android through the Epic Games launcher, you will have to sideload the installer from Epic's website. On the other hand, if you already have the Fortnite Installer installed, all you have to do is run the app so that it will automatically update itself, which will turn the app into the Epic Games launcher, and then you can install Battle Breakers. It's a little convoluted having to install a game like this, and I'm sure there are some security concerns to consider, but this is clearly how Epic wants people to install its games on Android, which is inconvenient, to say the least. 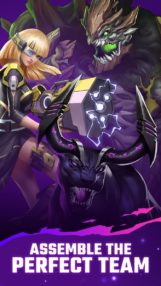 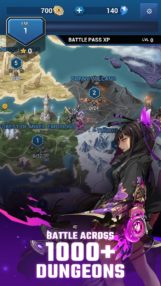 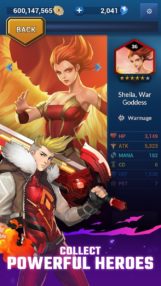 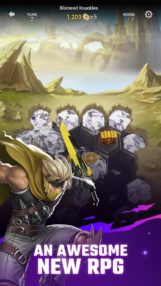 If you'd like to check out Battle Breakers, you can grab the Epic Games launcher here. While I'm personally sick of these collection-based RPGs and am surely not a fan of Battle Pass, I'm sure there are many gamers out there that will want to give this title a proper playthrough. It definitely helps that the game is available on PC, iOS, and Android, and that it syncs your progress across all platforms, allowing players to pick up where they last left off no matter what hardware they choose to play on, but it's still hard to ignore that the install process sucks on Android and that the game resembles many of the F2P RPGs available on the Play Store. While I know just about any garbage can make money on mobile, it sure would be nice to see some of the bigger studios like Epic making more of an effort instead of cashing in.