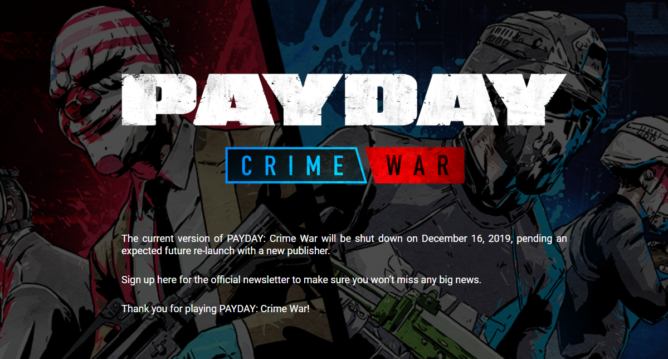 If you're interested to see how the cancellation of PAYDAY: Crime War and its hopeful relaunch will work out in the coming month, you can currently subscribe to receive updates on the official PAYDAY: Crime War website. So far there's no telling if the game will be picked up by a new publisher, but since the title was nearing its official release with the recent soft launch in the US this past August, it would stand to reason that the majority of work is done, so could be an easy pickup for a new publisher. Of course, that publisher will have to go head to head against Call of Duty: Mobile, PUBG Mobile, and Fortnite, which will be no easy feat.

It's also worth noting that all in-app purchases in PAYDAY: Crime War have been turned off as of yesterday, so if you've ever wanted to explore the game but the monetization held you back, now's your chance to try the title without this particular aggravation. Of course, you'll only be able to play until December 16th, when the servers will ultimately go offline. There's also no word if player purchases or accounts will carry over if a new publisher decides to rerelease the product.

While the closing of a game before it was even officially launched is always sad news, from what I played of the title, it's probably for the best. If the game does return, I hope the new publisher pays a developer to rework some of the rougher aspects, such as the wonky controls and junk matchmaking. Since PAYDAY: Crime War is a first-person shooter, the title clearly has a lot of competition in the mobile gaming world, especially with October's release of Call of Duty: Mobile. Still, if you'd like to see what PAYDAY: Crime War has to offer before it disappears from the Play Store on December 16th, you can grab the install from the widget below. 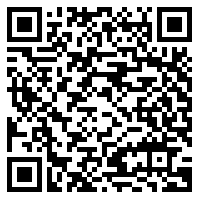