Motorola is set to unveil the long-rumored foldable Razr phone later today, but the FCC beat Moto to the punch. Thanks to a bungled confidentiality request, the FCC has posted numerous images of the phone's exterior, along with some of the innards. The device looks very much like the leaks suggested.

The rebooted Razr looks not unlike a traditional smartphone when it's open, save for that giant Razr-style chin. The chin houses a front-facing fingerprint sensor, and there's a small display notch at the top for the earpiece and sensors. The hinge system looks a bit bulbous in the photos, particularly when closed. See below. There's a display on the outside you can see when the phone is closed, but the photos don't have enough contrast to tell how large it is. 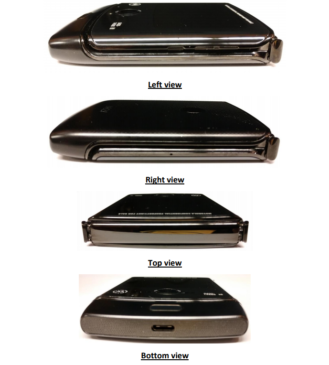 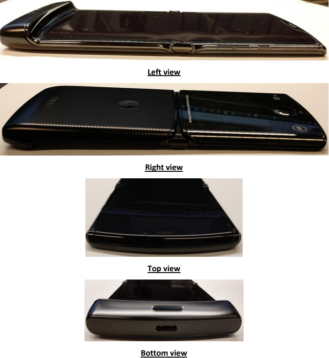 The FCC also included an image of the device's main board, confirming a Snapdragon 710 SoC. You don't see many of those stateside. The battery might be a problem—the FCC report includes a photo of one 1165mAh cell. There might be two batteries in the phone (one in each half), but that's still not much capacity.

This leak comes as Motorola is teasing the full phone unveiling. The company just changed its Twitter header image to a silhouette of the phone from the side. It's too late now, Moto. We've seen everything.

The menu navigation button has finally been retired in Android 10