To mark the 5th anniversary of its very first product, Master & Dynamic is re-releasing its iconic MH40 over-ear headphones with a few new features to make them more appealing in today's market. Most notably, they now connect wirelessly, giving them a great advantage over their wired predecessor. They're also much lighter while retaining the same industrial design stylings.

The high-end brand based in New York City has evidently learned a lot about the personal audio space over the last five years. Wireless connectivity increasingly popular, especially with phone makers abandoning headphone jacks on many flagship products nowadays, and Master & Dynamic has responded to consumer demand appropriately. Following soon after the announcement of its updated MW07 Plus and Go true wireless earbuds, the MH40 wireless also adds Bluetooth 5.0 with AptX and SBC, but you can still use a wired connection via a USB-C to 3.5mm adapter if you prefer. 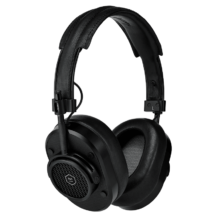 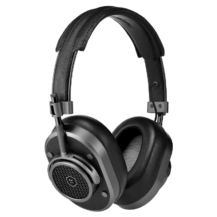 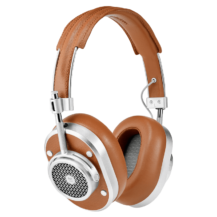 Battery life is listed as 18 hours, with a 30-minute charging giving you half of that if you're in a rush. Just like the original MH40, the new wireless model is constructed from aluminum and lambskin leather (with some added canvas) but this time a lot of the weight has been stripped out, down to 276g from 360g. That's a relief as the old model was criticized for being too heavy during long listening sessions. Custom 40mm neodymium drivers should offer Master & Dynamic's signature rich sound profile.

While the MH40 cost $399 when they launched, the new wireless model is significantly more affordable at $299 / £279 / €299. You can get them right now from the Master & Dynamic site in Silver/Brown, Gunmetal, or all-Black.