The ability to export frames on the Pixel 4 comes as part of a light redesign of the video editor in Google Photos. The timeline has been moved to the very bottom of the interface, and the Stabilize and Rotate labels have become icons. Between these two symbols, the new Export frame button has manifested. Tapping it will save a still of the current frame to your library. It'll have a resolution of 1080x1920 or 2160x3830, depending on which video quality setting you've chosen. Hopefully, this will later roll out to other phones, too. 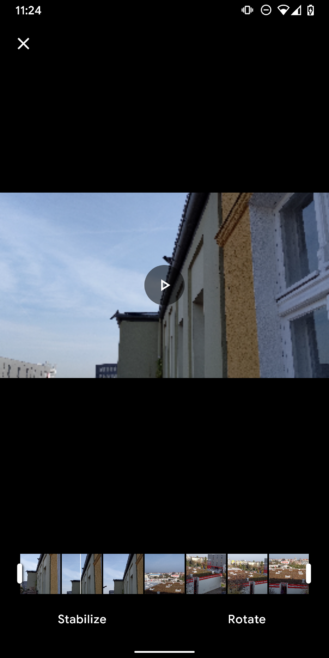 Albums on Google Photos have always been shown in reverse chronological order, but an A/B test adds a sorting option for some people. It lets you choose between album title, last modified, and the current default most recent photo. When you're in on the new feature, you'll see a new sorting icon and label opposite of the Albums title. 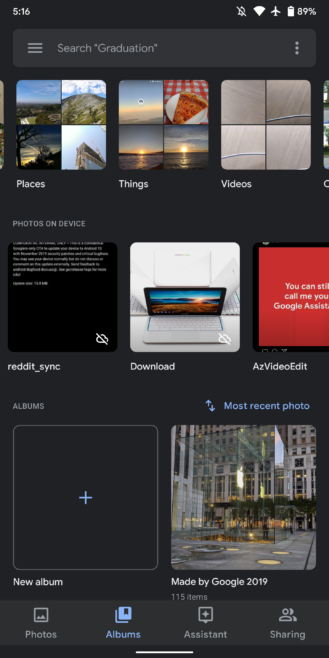 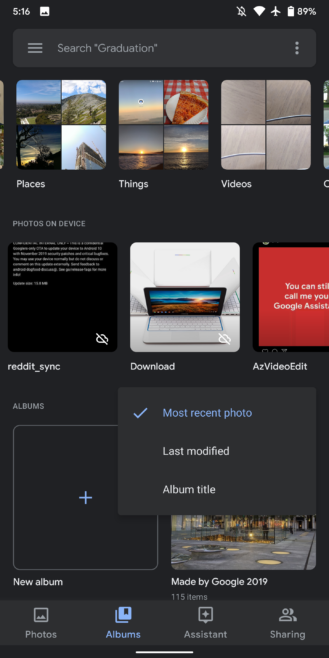 The update is rolling out on the Play Store, but since album sorting is coming to you via a server-side switch, it might still take a while until it hits your devices.

Album sorting goes live for everyone in v4.50

Google is currently rolling out version 4.50 of Google Photos, which has album sorting on board for everyone. Check the widget below to see if it's available to you already.