Earlier this year, Google rolled out a fresh coat of paint for its 2016-era Crowdsource app, which lets volunteers like you and me help assemble data sets for Google products to improve their machine learning chops. Now a new update is rolling out to further gamify the process, bringing a leaderboard for different categories of submissions, plus a whole new "Smart Camera" feature for improving real-life object recognition.

Note the new "Smart Camera" section in the default screen for the app.

The new Smart Camera section appears in the default Home screen for the app. Using it is easy, it just requires that you download a quick model (just a few megabytes), agree to the terms, point your camera at stuff, verify what the onboard model thinks it is, and submit the image to Google. Presumably, your images and your seal of approval/corrections to the object recognition will become part of data sets used to help train and improve future machine learning models for things like Google Lens.

In practice, the process works pretty easily, and the on-board system seemed accurate most of the time for me. The categories of object recognition are pretty broad, though, and it isn't immediately clear if Google wants us to provide more specific feedback for the models being trained or not.

Leaderboards, accessible via the sidebar navigation menu, cover each avenue of contribution.

The new leaderboards join the existing achievements system, and are accessed via the slide-out sidebar navigation menu. They are opt-in, so you aren't included in the competition if you don't want to be, and they show the name, avatar, and country associated with your Google account if you elect to join the party.

Leaderboards appear to cover all the categories of submissions you can make via the app, ranking people according to the number of contributions they have made for each.

The update delivering this latest version of the Crowdsource app (v. 1.2.0.279754755) is rolling out slowly via the Play Store, but if you're impatient to pull it down, you can download it over at APK Mirror. 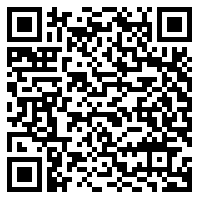 Chromebooks will soon show in settings when you'll stop getting updates