Above, you can watch the release announcement trailer for Romancing SaGa 3, and Square Enix has been gracious enough to include some gameplay in this video so people can see what's to be expected from the game. More or less, Romancing SaGa 3 plays like any of the typical RPGs from the '90s, with the notable exception that instead of leveling up your characters, you'll instead take advantage of individual stat increases that are dependant on these characters participating in battles. It's also worth noting that Romancing SaGa 3 is an HD remaster, which means the 2D graphics have been polished for modern devices. There's also a new dungeon to explore as well as a new game+ function.

It's clear that Romancing SaGa 3 is a premium title, so you won't have to worry about any advertisements or in-app purchases interrupting your gameplay, though in true Square Enix fashion, Romancing SaGa 3 isn't a cheap release. Currently, the Android version is priced at $25.99, which is oddly $3 more than the iOS version.

So there you have it, Romancing SaGa 3 has finally made its way to the West, and while the Android release is expensive, I'm sure there are still a few people out there that will have no problem coughing up the funds. One thing to keep in mind is that this game will also land on consoles and PC today, so it may be best to wait and see how all of these prices compare before you decide where to spend your hard-earned dollars. If you do want to go with the Android version, then you can pick it up through the Play Store widget directly below this article. 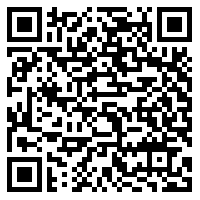 24 years after the game’s initial Japanese release, Romancing Saga 3 is now available for the first time in the West on modern platforms. Romancing Saga 3 gives players the freedom to forge their own path, choosing to play through eight different narratives led by eight protagonists, each with their own motives and unique personalities. Developed by industry veterans, including renowned developer Akitoshi Kawazu (FINAL FANTASY®, Romancing SaGa, SaGa Frontier), this HD remaster will feature optimized graphics, a new dungeon called the ‘Phantom Maze’ to explore, and a NEW GAME+ function. Romancing Saga 3 adds new storylines to the game original game, making it the perfect time for both new and veteran players to experience the SaGa series.

Players looking for even more adventures in the SaGa series can also look forward to SaGa SCARLET GRACE: AMBITIONS™, available on December 3 on the Nintendo Switch system, PlayStation®4 system, STEAM, the App Store and Google Play. Additionally, Romancing SaGa Re;universe™, the popular mobile game with over 15 million downloads based in the world of Romancing SaGa 3, will be available globally in 2020 for iOS and Android devices. To view a teaser for Romancing SaGa Re;universe, visit:

About the SaGa Series
SaGa is a series of revolutionary role-playing games, created by legendary game developer Akitoshi Kawazu (FINAL FANTASY, FINAL FANTASY II, SaGa Frontier). Since THE FINAL FANTASY LEGEND was released in 1990 for the Game Boy, the series has expanded with several additional entries across numerous platforms. Other SaGa series regulars include illustrator Tomomi Kobayashi, who has given the series its own unique style, and composer Kenji Ito (Mana series). Although the SaGa series shares its roots with FINAL FANTASY, the SaGa series has always incorporated revolutionary and challenging gameplay mechanics, such as player choice, branching storylines and implementing characters with wildly different playstyles, setting it apart from other JRPG series. Romancing SaGa 3 launched for the first time outside of Japan on November 11, 2019, exactly 24 years since the game’s initial Japanese release. SaGa SCARLET GRACE: AMBITIONS, an enhanced version of SaGa SCARLET GRACE, will release for the first time outside of Japan on December 3, 2019.

(Update: Coming back online) Google Nest is down for many people worldwide