Despite our fascination with all things Google-made this week, other phones do continue to exist. The newest devices in Motorola's mid-range G series, expected to launch later this month, have cropped up in some new leaks, showing off a triple rear camera setup headlined by a 48-megapixel sensor.

According to WinFuture, the Moto G8 Plus will pack a Snapdragon 665 along with a 6.3-inch, 1080p display and a 4,000 milliamp-hour battery. It's also still got a headphone jack. In addition to the 48-megapixel primary shooter, there's a 12-megapixel ultra-wide-angle "action camera" as seen previously in the Motorola One Action, a five-megapixel depth sensor, and laser autofocus. Dutch publication Mobielkopen has information on the non-Plus Moto G8 (which is presumably just called the Moto G8, although it could also be branded as the G8 Play). It looks to be very similar to the G8 Plus, with the only apparent differences being a slightly larger notch and the lack of laser autofocus. 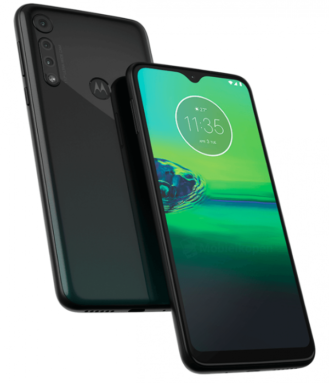 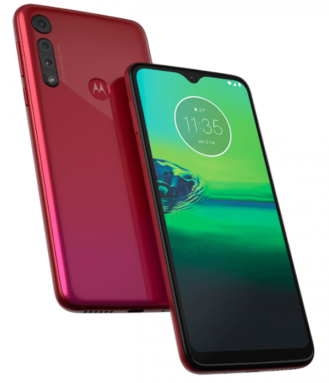 Mobielkopen says the phones are expected to be unveiled at an event in Brazil on October 24.

Portuguese publication Tudocelular has a couple of hands-on photos of the non-Plus G8, now confirmed to be the G8 Play. 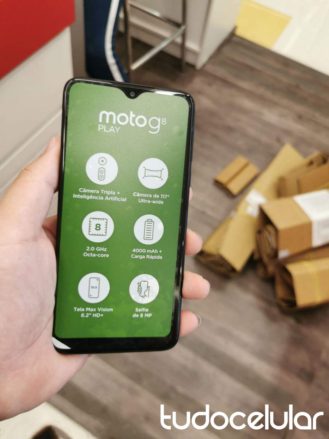 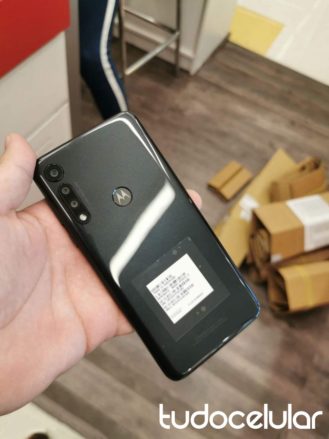 A sticker on the front side of the G8 Play also further confirms the device's specs —  4,000 mAh battery, 6.2-inch screen, action camera, the whole lot.

In case you wanted to see more of the heavily-leaked Moto G8's shiny exterior, Evan Blass has shared a short video clip for your viewing pleasure on Twitter.

Nothing in the video reveals anything new about the phone we didn't know before — it's glossy and comes with a glass back that will probably be a major fingerprint magnet you'll want to cover up with a skin or a case. Due to the poor quality of the video as a result of heavy compression, Blass also shared a few snapshots of the phone from the uncompressed file: