YouTube has been testing a bunch of new features for its desktop client in recent months. It now feels confident enough to debut two of them to the public: viewers can now assemble a queue of videos and will be able to manually tailor their channel recommendations.

The foremost change, though, will appear in the front page which has been modified to feature larger thumbnails and longer titles for better context at a glance. Sections have also been enlarged to feature eight videos at a time, up from five. 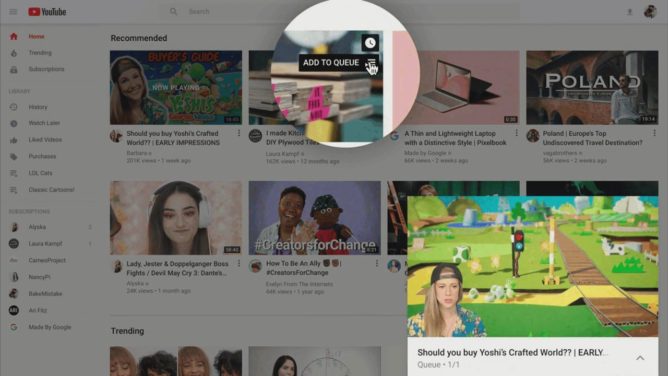 We've already gone in-depth about how queuing up videos worked in the testing phase — as you'd expect, you can start a queue of videos you want to play in sequence, add to or subtract from it, and close it altogether. One tweak you may notice in contrast from the test period is that instead of finding the option to add to queue in a three-dot icon, you may see it instead by hovering over the thumbnail and hitting a new icon under the "Save for later" button. 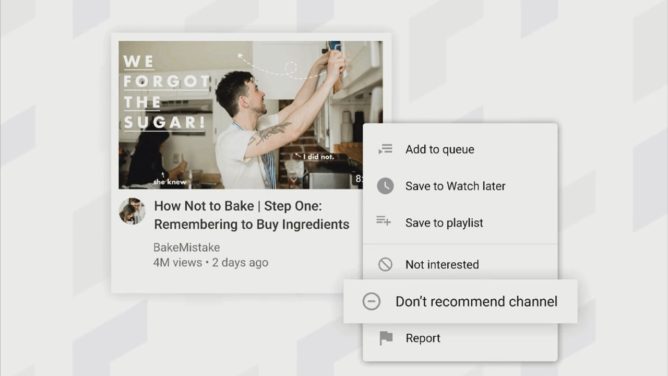 YouTube is also bringing the new "Don't recommend channel" option that debuted on mobile onto the desktop side for videos featured on your Home tab. See something from a channel you'd rather not see again? Click the three-dot icon and select "Don't recommend channel." You may still find videos from that channel through the Trending tab, a search, or if you're actually on the channel.

Next on the agenda, YouTube will bring over the topic selector that started appearing on mobile over the summer. Expect to see that in the next few months.