Samsung announced the Galaxy Fit as its direct Fitbit Inspire HR competitor this summer, and it's already on sale less than half a year later. You can get the wearable at most of the usual merchants for $80, which is $20 less than what you had to pay for it at launch.

The Galaxy Fit comes with automatic workout tracking that kicks in when you start moving. It constantly monitors your heart rate and warns you when it's abnormally high or low. Samsung touts the Fit has a battery life of up to a week, which it probably achieves in part thanks to its AMOLED screen (though it's unclear if that remains true when you turn on the always-on mode). Apart from fitness features, the Fit also shows you your notifications and offers quick preset replies. The device is compatible with Android and iOS, but as you could suspect, Samsung says it works best with Galaxy smartphones. 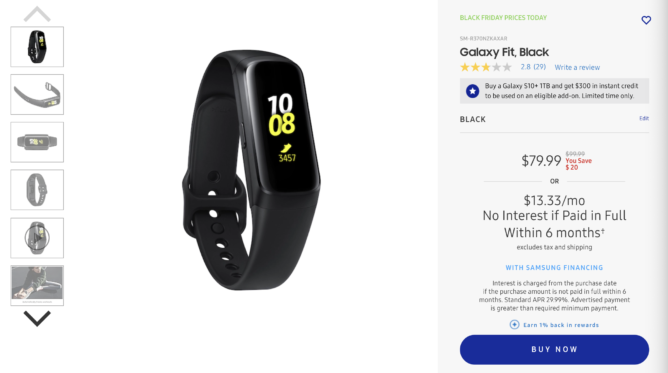 The Galaxy Fit at the Samsung store.

If you're looking for a basic fitness tracker with broader app notification support than Fitbit's similar devices, you can pick up the Fit for $80 at a store of your choosing.