If you're still hanging on to your old wired headphones, this is an excellent opportunity to pick up one of the last phones that still support them. Though it's not the most popular phone of this generation (see our review), the Moto Z4 is still a very decent phone, especially at this reduced price of $400. And with an included 360° camera, this is not a bad deal at all. If that's still out of your budget, several of Motorola's mid-range phones have been discounted as well. 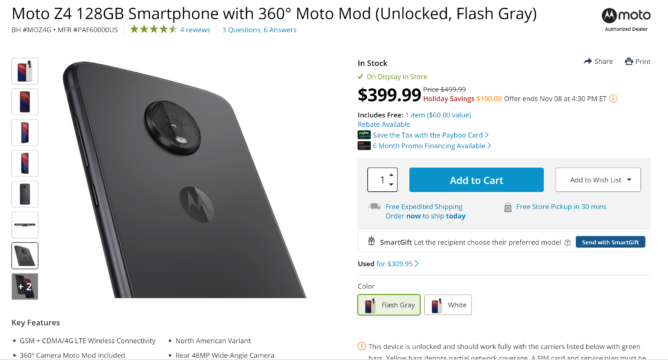 Motorola had been famous for its budget phones, but lately, it has been criticized for charging too much for its lower-end phones. These deals bring the phones into a more desirable price range, making them much easier to recommend. In addition to the Moto Z4, the mid-range Moto Z3 Play is reduced to $160 ($110 off), as well as several other deals below.

All the phones are unlocked and work across AT&T, Sprint, T-Mobile, and Verizon.