Samsung is offering its flagship Galaxy Note10 series of phones at steeply discounted prices—so long as you have an eligible trade-in device. The company's now increasing how much it's willing to pay out for your existing handset, making even older phones like the Galaxy S8 worth as much as $350 towards the Note10—bringing the new model down to $600.

Samsung is giving customers a huge bump in trade values for a wide variety of phones. The steepest increase over previous trade-in levels, however, is available for Galaxy S8 owners. Typically, a Galaxy S8 would trade for only $110 (though that's been much higher at times). With the current promotion, that’s boosted to $350. A slew of other phones are also seeing higher trade values, with increases ranging from an extra $75 for the old Galaxy S7, to $240 more for anything in the Galaxy S8 family. Even iPhones and Pixel phones are eligible for trade-in offers, with an average increase in value of $100. 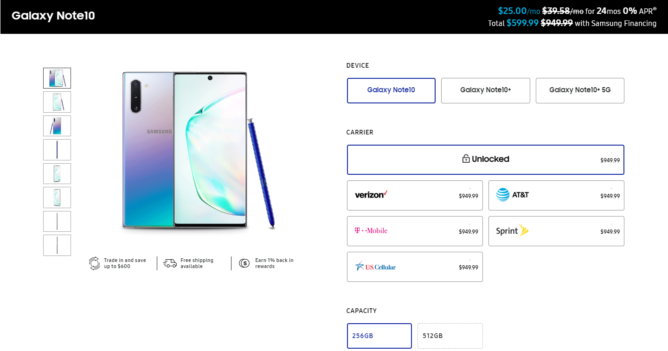 Of course, certain conditions apply—the device must turn on, must be factory reset prior to shipping, and must be free of cracks. If your handset doesn’t meet these requirements it might still be eligible for trade, albeit at a lower price.

Considering that refurbished phones can be picked up for significantly less than some of these trade-in values, there's the opportunity to save money there if you're willing to do a little legwork. 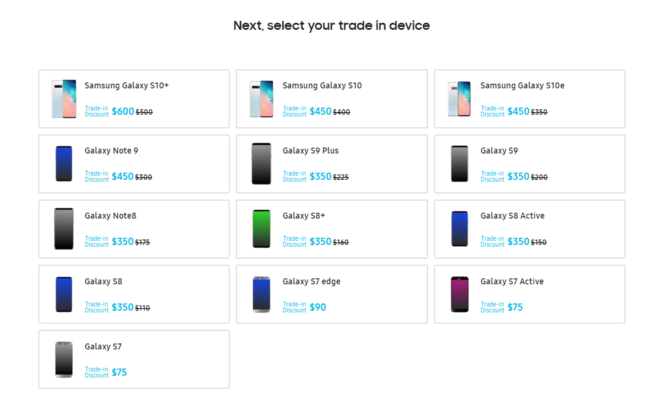 Surprisingly, this deal is better than the promotion Samsung ran when the Note10 first launched. That event only offered a discount of $200 for an S8 compared to the current $350. It's also better than this promotion from a few months ago, where the S8 was valued at $250. If you’ve had your eye on the Note10 for a while, now might be the time to pick one up.