In July the first closed beta for Minecraft Earth was released to select residents in London, Seattle, Stockholm, and Tokyo. Today Mojang's augmented reality version of Minecraft has finally arrived on the Play Store as a pre-registration listing, and it would appear that another beta wave is going to take place next week. While Mojang hasn't stipulated whether this will be an open or closed beta, a recent tweet from the official Minecraft Earth account points towards a sign-up page, so I'm guessing invites will still be necessary to get in, just like the previous wave.
Now here's the thing. It would appear that today's pre-reg listing has little to do with today's announcement of another beta round. So if you'd like to get into the next wave, you'll want to sign up on Mojang's official website, and if you'd like to receive a notification whenever the game is officially released on Android, you'll want to click the pre-reg button in the Play Store widget below this article. 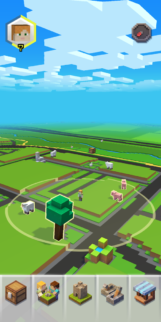 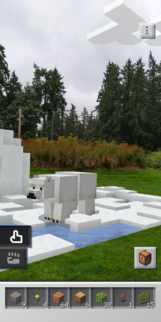 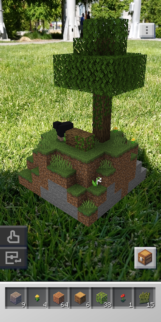 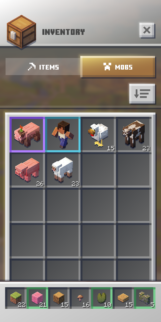 We still don't know when Minecraft Earth will officially debut, though the numerous beta waves and today's pre-reg listing should be a sign that we are inching ever-closer to that date, whatever it may be. Currently, the new Play Store listing states that in-app purchases will be included with the release, but since the title isn't available yet, no prices are offered. Clearly, this leaves many of us with a lot of unanswered questions, so it's my hope that the next beta brings along a few more clues. Finger's crossed, maybe this time I'll get in. If you'd like to try your luck, feel free to sign up for beta access on Mojang's site.

As you can see in the tweet above, the latest beta wave for Minecraft Earth is now live for select residents in Seattle, London, Tokyo, Stockholm, and Mexico City. What isn't mentioned in this tweet is that a new feature was recently added to the game. An in-game currency called Rubies are now present, and apparently, it's an item that anyone can earn by playing the game that that's useful for purchasing build plates during this beta, but you can also purchase these Rubies with real money. Of course, since this is a beta, the Rubies are tied to your Microsoft account, so you won't have to worry about losing your purchases once the game is officially released.

Sadly, few other details have been provided, so we still don't know when the game will officially land, though I suppose this beta is a sign that we are nearing an official launch. As always, if you'd like to receive a notification whenever Minecraft Earth is released on Android, make sure to pre-register by clicking on the Play Store widget above.

Time to get your phones charged and ready! Minecraft Earth is almost here, with early access rolling out to select countries all around the globe, starting this October! Visit https://t.co/rblTL72DVG to learn more! #MINECON pic.twitter.com/EyqitOqn73

The official Minecraft Earth Twitter account has announced that the free-to-play augmented reality game will start to roll out to select countries as an early access release this October. Currently, the title is already available in select cities for those that were able to get into the limited closed beta, but it would appear that the flood gates should open soon for a lot more people whenever the upcoming early access version lands in the next month. A minimum feature set is still expected for the early access version of Minecraft Earth, with new elements planned for the future, so it would seem the game is still far from finished. Sadly we don't yet know which countries will get to participate in October's early access release, so stay tuned for more news as the situation develops.

At the end of September, we learned that the beta for Minecraft Earth would expand to more territories, and as of this week, there's now a total of eight countries that can jump into early access. These regions include the United Kingdom, Canada, South Korea, the Philippines, Sweden, Mexico, Australia, New Zealand, and Iceland. There's also a new trailer available, which you can view above this paragraph. Over the coming weeks, more territories will be able to access the beta for Minecraft Earth. Hopefully, as we near the official release, more details will come to light about monetization, but until then, if you happen to live in one of the current beta territories, you can install the game to see how it's shaping up.

Flipkart is launching an Android TV dongle in India