In a time when our media consumption — from video to music to books and more — is stratified across myriad platforms and when we just can't be bothered to download another application that'll end up taking precious space on our phones, Google faces the challenge of consumer malaise as it battles for its piece of those markets. One way it has tried to get people excited for apps again is with its all-you-can-eat Play Pass scheme. Another tool that the company has deployed in other countries and is launching in the United States from today is a loyalty program covering everything under the Play Store tent called Play Points.

The Play Points system launched in Japan in September last year and had hopped over to South Korea by April. Google says in its blog post that "millions" have joined the program.

Customers spend money on apps, in-app purchases, music, movies, e-books, audiobooks, and more to earn points which can then be put towards all of the above in future buys. Some media will be featured in weekly promo campaigns when they'll be worth more points than usual. If you haven't thought of the Play Store as a place where you'd spend money for these things, Google hopes it might incentivize you to do so with what's effectively an earned discount. 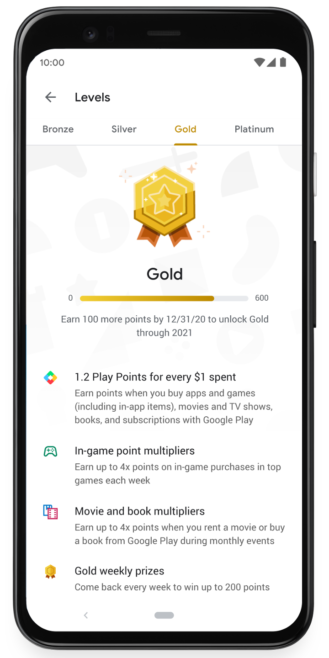 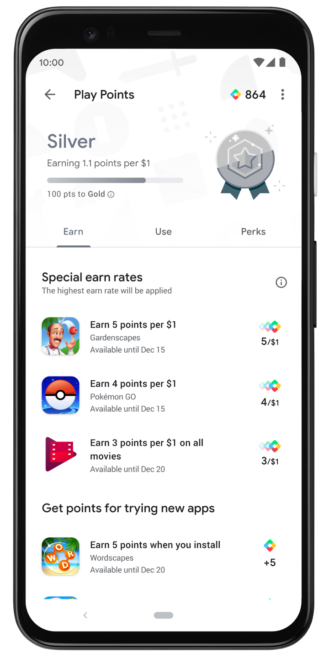 The more points you amass, the more points you're able to gain: users begin at Bronze and work their way up to higher levels, increasing their point-earning rate in the process and unlocking level-specific promos as well. However, you'll need to keep up a particular spending pace in order to stay in the upper levels and also spend points before they expire.

Here's a breakdown of the numbers you'll see for each level: 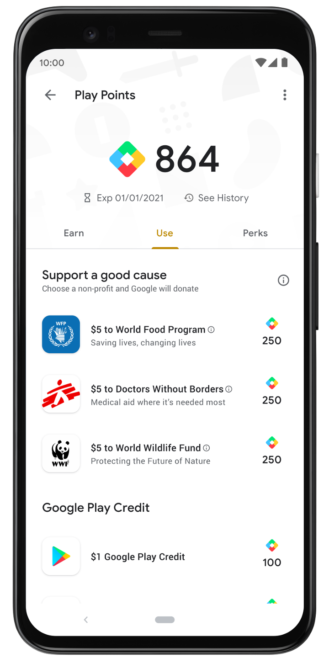 Customers can opt to donate their points to nonprofit organizations such as Doctors Without Borders USA, Save the Children, and the World Food Program USA. These and other groups are offered on a monthly rotation. 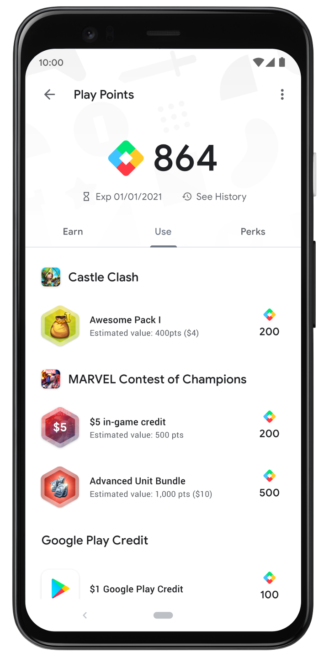 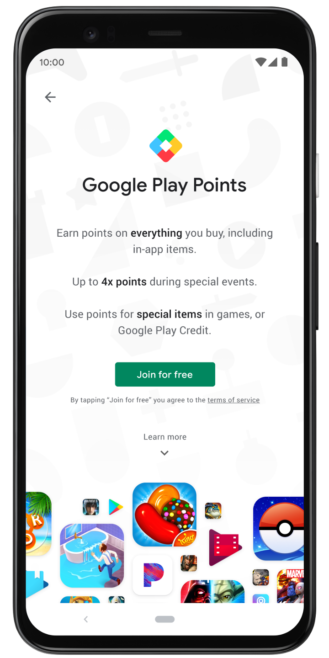 Play Points is rolling out over the next week — you'll see a new section on the left-side pullout menu from the Play Store's front page. You will need to join the program, but after that, you won't need to worry about paying more than what you already would for your media. Just start earning and redeeming those points.

A couple days have passed since Google announced the spread of Play Points to the US, and we're already receiving reports of users gaining access to the new promotional feature.

There doesn't seem to be any new Play Store app release tied to the arrival of availability, so for now you're just going to have to sit tight and wait for Google to flip the switch for you.