I don’t know how many people have taken advantage of the RCS “hack” recently discovered in Google Messages, which allows almost anyone to hop onto Google’s Jibe servers for RCS/Chat messaging, but it must be a pretty insane number given the attention our walkthrough has received. For some of those folks, this last week has been a source of anxiety, too, as all of us enjoying the new “Chat” features are left wondering whether or not Google will let this carrier circumvention fly. There was even a small hiccup that stirred up some panic. But if Google really wants what is best for consumers, it should do more than just ignore this apparent workaround. I think that Google should officially roll out Jibe via the Messages app worldwide. And that includes the US — carriers be damned.

I don’t want this because I’m some Google fanboy. I'm definitely not. I want it because right now the state of RCS messaging in the US is terrible. It’s the closest thing to a genuine iMessage competitor the Android platform may ever see in the country. Couple that with a distrust of the carriers — who rarely if ever have consumer interests at heart — plus the technical and practical benefits of a single worldwide cloud server, and Google as the RCS gatekeeper sounds a whole lot better than the alternative.

I just don't think anyone else except Google can honestly do this right.

Aren’t the carriers going to fix all this next year?

Optimists might have seen the collaborative RCS announcement out of the big four carriers late last month as a good thing. If you didn’t catch the story when it landed, the short version is the long version: All that was really announced was that AT&T, Sprint, T-Mobile, and Verizon have agreed to a “joint venture” next year, composed in part of a new messaging app, driven by the long-awaited interconnection between their separate, previously incompatible RCS messaging networks. 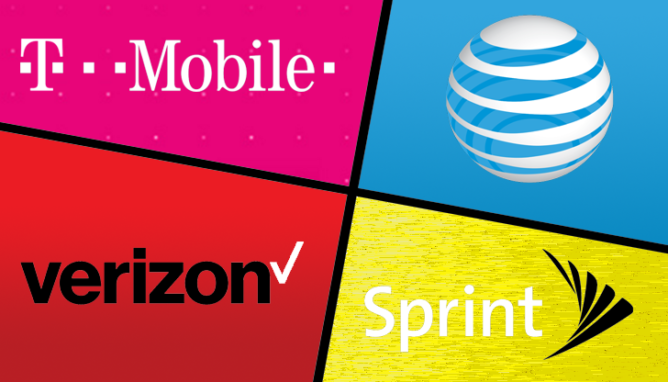 Following the announcement, I had a call with Doug Garland, a general manager and representative at the CCMI (Cross-Carrier Messaging Initiative), to try to suss a few more technical details — RCS messaging is nothing if not a technical subject, and the original announcement was devoid of any substantive details regarding the collaboration. I was able to dig up a few interesting tidbits: The carrier system won’t use a cloud-based system like Google’s Jibe. Instead, each carrier will run its own in-network servers based in existing IMS infrastructure, but they’ll be able to communicate with one another via compatible RCS Universal Profile standards. So even if specific carriers might stick with different/tweaked implementations, and even if it isn't a single, centrally managed cloud solution, they should all still talk to each other and intercommunicate well enough.

That's a start, but by itself, it's not really a sufficient solution. There’s still no word on if the carrier’s RCS network will connect with Google’s Jibe or any other system in the world (when asked, we were told the CCMI had nothing to share at this time), meaning this new carrier collaboration might not matter if you talk to anyone outside of the big four networks or in the rest of the world. And there’s the devil’s bargain we have to pay for it: The carriers want to do this all from their own new messaging app.

Yuck. Okay, so how can Google do it better?

There are a few good reasons I’m apt to trust Google when it comes to messaging. But the biggest is the fact that millions of us already do when it comes to messaging: Raise your hand if you use Google Messages, or Gmail, or if you’re still latched onto the dead and bloated body of Hangouts. We might joke that Google makes a new messaging app every few months, but that kind of puts them in a position to know a whole lot about the subject. They’ve spun up RCS at scale for millions of consumers in Europe across dozens of carriers already.

But it’s not just about trusting the company not to mess things up at a technical level, the service also needs to be good for consumers, and that’s another avenue where I think Google cares just a little bit more than the alternative. In the abstract, none of the US carriers in question are known for their generosity or altruistic nature, and about half of the call I had with the CCMI focused on how great the RCS collaboration will be for businesses, not consumers. I got the distinct impression that the carriers were more concerned with having a new avenue for monetizing business-to-consumer communications than any real interest in providing a better messaging experience between you and I. And, let’s be honest, when was the last time you used a carrier-made app and liked it?

Google has also already outlined how it protects user privacy with its RCS implementation, explaining to The Verge earlier this year that messages sent through Jibe, though not fully end-to-end encrypted (yet), are encrypted in transit, and Google claims it will delete them from its servers as soon as those messages arrive. In comparison, all I've heard about the carrier solution is that it would foster privacy in some abstract way, without any additional details. And these are the same carriers that were recently accused of selling your data to third parties. If you could work around them, wouldn't you choose to? 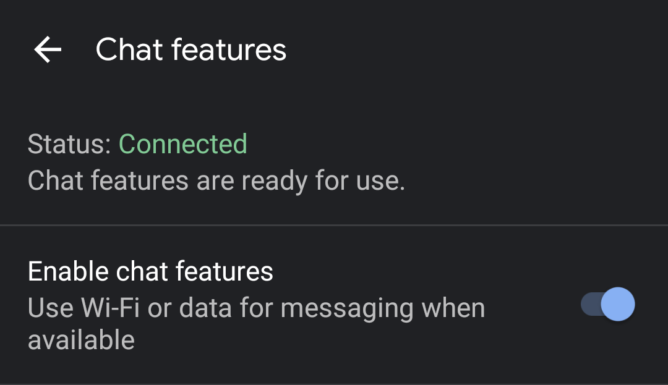 RCS messaging is also mainly a benefit to Android right now. (Though it would be nice if Apple adopted the standard, iPhone users already have iMessage — it won’t really help them, but it might help everyone outside the blue bubble.) Google, as I hope you know, is the developer and the company behind Android. Right now, RCS is a wild frontier without too many rules, dependent on individual apps with built-in support for specific implementations and networks. But Google is planning on adding system-level support for RCS, placing it in a position to enforce standards that might eliminate RCS’s own little fragmentation problems.

Again, Jibe is something Google has already done in Europe (and for Sprint). Separately from official rollouts, plenty of people in the US have also already turned it on for themselves via a tedious and technical manual setup process. At some level, this is a switch Google can flip any time it wants to. So why doesn’t it?

The answer, I suspect, is the carriers.

It was made abundantly clear in my call with the CCMI that the carriers have plans to make their new messaging collaboration good for businesses seeking to communicate with consumers, and that means they have a vested interest to keep Google (and anyone else who might compete with a similar/better service) out. With Google beholden to carriers in a thousand ways — to not choke its sites like YouTube, to carry its Pixel phones, for the ease and profit of carrier billing on the Play Store, and to promote the Android platform in general as the most prevalent customer-facing retailers — it has plenty of reasons to keep the carriers happy, and a lot to lose if they get upset.

Even though it might harm the carrier's interest and potentially bite Google in the ass, I think the benefits of Google-controlled RCS messaging for consumers are significant enough to be worth the risk. A worldwide rollout of Jibe in Google Messages would make a great Christmas present, and probably change the landscape of messaging on Android forever — and for the better.