Let's face it: if you live in America and need to ride a bus, train, subway, ferry, or another form of public transport, you're probably going to face a breakdown, delay or four of both by the time you've walked up to your stop.

While transit agencies have slowly adopted tools to speed up reporting with social media and text services, employees still need to spend precious time gather and disseminate reports from the public before blasting out updates — if they're understaffed, they may occasionally post a message after an incident has resolved itself. And even if you already use a tracking app, most of the data it relies on likely still comes from its participating agencies.

That's where Google's Area 120 project lab comes in: it started development on Pigeon for iOS last year to make alerts by riders for riders possible.

Users can submit a couple sentences and/or provide photos indicating how crowded their station or vehicle is at that very moment as well as assign a status to the service (i.e. running smoothly, minor delay, diverted). Those bulletins then get listed on a blotter and plotted onto a map. Other users can then check in on those claims and give a 'thumbs up' to verify them. Riders can also note other hazards such as elevator and escalator outages or leaks from the ceiling. All of this is piled on top of any GTFS data that agencies send to Google. 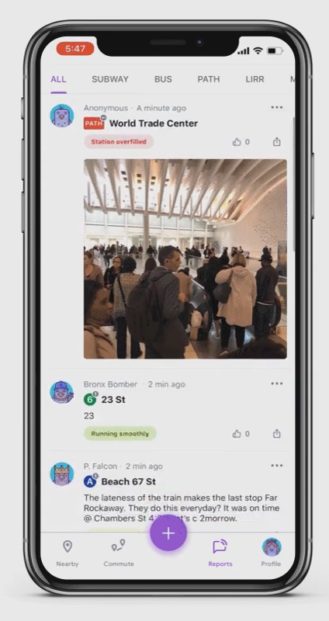 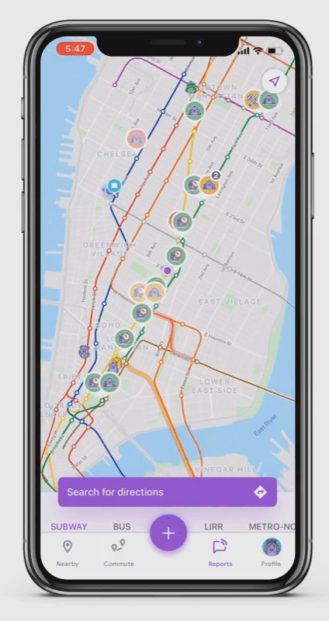 Google's testing began earlier this year in New York City and has collected enough data for the company to compile a few insights — the 'F' line, for example, is the most delayed during rush hour; the 'A' is the most crowded throughout the day, and; 14th Street-Union Square station is the most uncomfortable in the summer heat.

The hope here is that you'll be better able to use your time more wisely knowing what's going on with the routes you use right that moment — be it through alternate means or by rearranging your plans. 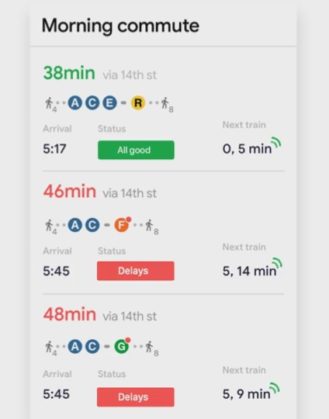 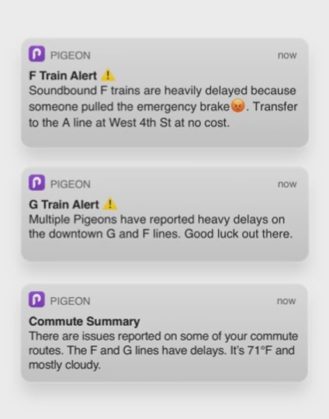 Pigeon is now adding support for Boston, Chicago, Los Angeles, San Francisco, and Washington, D.C. It's still an iOS-only download for now, but you can sign onto the waitlist for the Android app here.

SwitchBot Curtain is a tiny robot that helps smarten up your dumb curtains, backable now on ...

Pixel 4 throttles down to 60Hz when these blacklisted apps are on screen (Update: WeChat ...