Today Facebook has unveiled its new logo that attempts to clearly differentiate between Facebook the company and Facebook the social media service that Facebook owns. In addition, it is continuing to push more of its branding on apps, such as Instagram and WhatsApp, by marking Facebook ownership in a more conspicuous manner. We thought the company had already made things pretty clear when it rebranded earlier this year but clearly that was just the beginning.

The first major change Facebook is making is to its corporate logo, seen here on the left. 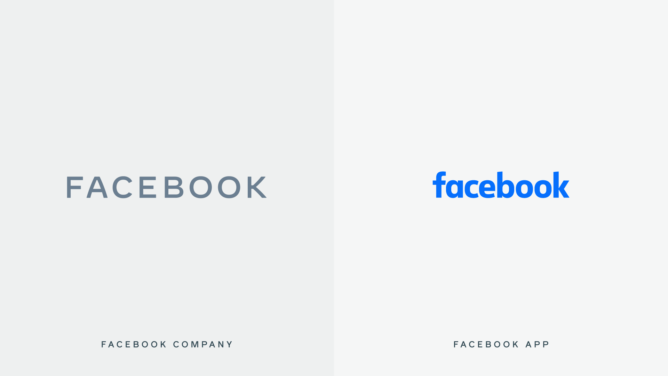 Facebook states the corporate logo "was designed for clarity, and uses custom typography and capitalization to create visual distinction between the company and app." Superfluously, the company says that the soft corners of each letter and diagonals add a sense of optimism and explains how all of these changes put together represent its three foundational design behavior goals: clarity, empathy, and creating space.

Next up are the in-app branding changes coming later to Instagram and WhatsApp. 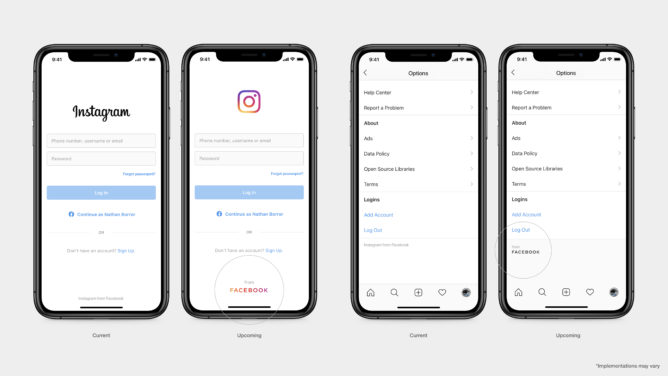 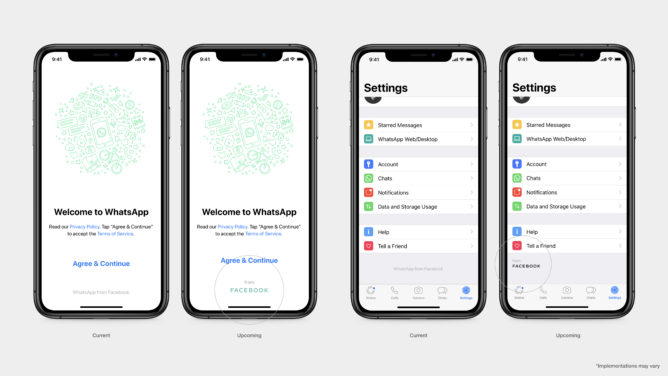 The company says this is "a way to better communicate our ownership structure to the people and businesses who use our services to connect, share, build community and grow their audiences." This move appears sensible as only 29% of US adults surveyed this summer knew that both WhatsApp and Instagram were owned by Facebook. Seeing as how Facebook has been under major scrutiny and is under multiple investigations for its privacy and data violations, though, we wonder if this move might actually backfire by encouraging more users to avoid these apps.

Finally, there is the new color-changing aspect of the logo that Facebook says represents the company's empathy — being thoughtful to the world and the people in it and creating a relationship between Facebook the company and the products it builds. The blue represents Facebook the social media service, the green is WhatsApp, and the red and orange are for Instagram.

The company plans on using the new logos on products and marketing materials in the coming weeks.