There are several budget phones around, but it's sometimes more interesting to buy a slightly older mid-range device. Indeed, their prices can drop to appealing lows while having better internals than more recent handsets. If you're looking for a new phone and don't want to break the bank, the Nokia 6 (2017) offers relevant specs and just dropped to $129 on Amazon.

The handset features a 5.5" Full HD LCD panel, 3GB of RAM, 32GB of internal storage, a 16MP rear shooter, an 8MP front camera, and a 3,000mAh battery. It's powered by a Snapdragon 430 processor and runs Android Pie. The device is sold unlocked and has a dual-SIM tray so you can use two lines simultaneously. 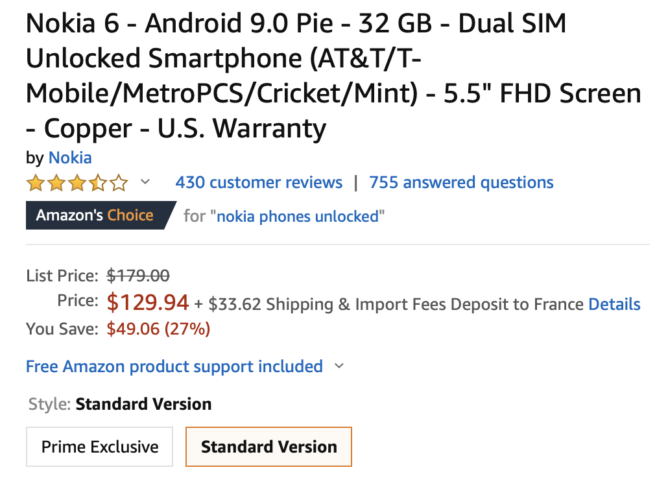 Even though this is an exciting deal, keep in mind the phone was released in 2017 and may probably not receive further updates, as Nokia's commitment is to deliver them for two years after the phone's introduction. Also, it's nowhere to be found on B&H and Best Buy, so Amazon is most probably clearing stock and selling out the last units. That being said, the device remains an interesting bargain, and still comes with a one-year US warranty.

If you missed the deal last time, you can snatch the phone for even less. It's now dropped to just $116 on Amazon, which is about $63 cheaper than what it's been selling for. Do keep in mind it will not receive Android 10, but given how affordable it is, that shouldn't necessarily be a roadblock.