Back in February, preliminary data seemed to indicate the Pixel 4 would support dual-SIM dual-standby, which allows two separate lines to be provisioned simultaneously on the same device. The feature became fully available on the Pixel 3a thanks to the Android 10 upgrade, and it's only fair to expect Google's latest flagship would also support DSDS. Although the company hasn't officially confirmed this, some evidence indicates the handset should handle the functionality.

The main reason leading us to believe the Pixel 4 supports DSDS is because the phone has two separate IMEI numbers, which is a requirement for two SIMs to be provisioned at the same time. In this case, the first one would be linked to the physical one, while the second one would be the eSIM's identifier. 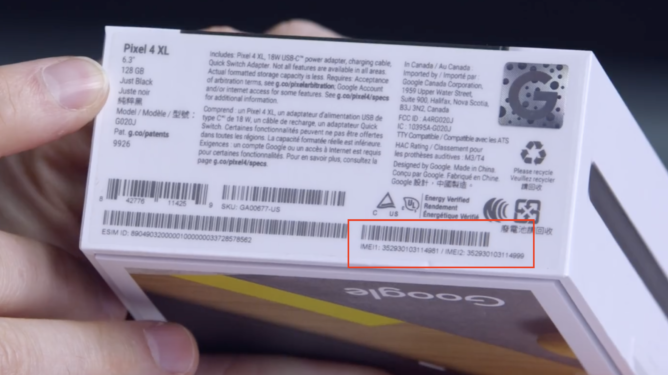 This evidence has appeared on the phone's retail box, which clearly shows two distinct IMEI numbers, as you can see on the screenshot above. Additionally, a "Gold Product Expert" confirmed the device does support DSDS on Google's Support Forums, which may be a hint, but can't be considered official information as the poster isn't a Google employee.

At this stage, we can only assume the Pixel 4 will support dual-SIM dual-standby, but we hope to be able to confirm this very soon.

Now that the review embargo has lifted, we can confirm that the Pixel 4 does indeed support dual-Sim dual-standby mode, which can be enabled by either downloading an eSIM or inserting a physical one. This is obviously carrier dependent, too.

Continuing with the good news, Google's Sanaz Ahari has confirmed on Twitter that dual-SIM dual-standby will be coming to Pixel 4 and 4 XL models on Google Fi late this year or early in 2020 — it's in testing right now, so hang tight.

Team is testing this out now! Hope to get it out late December or January.

Rolling out for Pixel 4 and 4 XL on Fi

Dual-SIM dual-standby support for the Pixel 4 and 4 XL on Google Fi is here, according to Google's Sanaz Ahari.

Testing appears to have gone well, and Fi subscribers using Google's latest device can take advantage of the feature together with the built-in eSIM. RCS support for Pixel 4 users on Fi has also landed together with it.

We aren't sure what the mechanism for this update's delivery might be (possibly this month's security patch?) but it should be rolling out now. The faster network switching delivered by dual-SIM dual-standby will make life even easier for Google Fi subscribers — and they need it.

Lenovo Smart Display 7 pre-orders start at $130, double the price of a Nest Hub