Linked above is the trailer for the mobile version of NBA 2K Playgrounds, and as you can see, the game will offer an arcade experience where you'll face off in 2v2 matches against competing teams, much like Electronic Art's NBA Jam series. As you play, you'll collect and upgrade your favorite NBA players, and specialized player abilities are included. A leaderboard is also expected so fans can compete globally for the highest scores, and daily events/challenges should break up the monotony of the core 2v2 gameplay loop to keep players busy during their downtime.

Since NBA 2K Playgrounds only recently popped up on our radar, details are rather light. We do know that this title will be a free-to-play release and that it will include in-app purchases, though we don't know when the game will be officially launched on the Google Play Store. The current beta is only available in select regions, though this listing should signal we are nearing the official release.

So there you have it. While most people will not be able to play NBA 2K Playgrounds right now since the beta is only available in select regions, it's nice to know a competitor to NBA Jam is coming to mobile. While I would much prefer a premium release, like NBA Jam on Android, I suppose that's too much of an ask for a 2K title. Hopefully, a pre-registration listing will arrive on the Play Store shortly, but until then, enjoy the screenshots and trailer linked above. 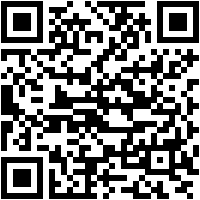