Factory images and full OTA downloads have been posted to Google's site, and the big security bulletin for the month has also been published. The full "functional patches" (read, non-security related) changelog for Pixel devices is just below:

Smooth Display's tweaks are almost certainly tied to the limitations observed on the Pixel 4, in which the phone wouldn't use the 90Hz display option below around 75% brightness. Although it was revealed to be partly a hardware limitation to prevent flickering, Google previously promised a future update that would be "enabling 90Hz in more brightness conditions."

When it comes to the camera tweaks in this latest update, we aren't as sure what might be present. While the Pixel 4 had some issues determining white balance in specific circumstances, its performance otherwise was pretty stellar, and the changelog is frustratingly non-verbose. 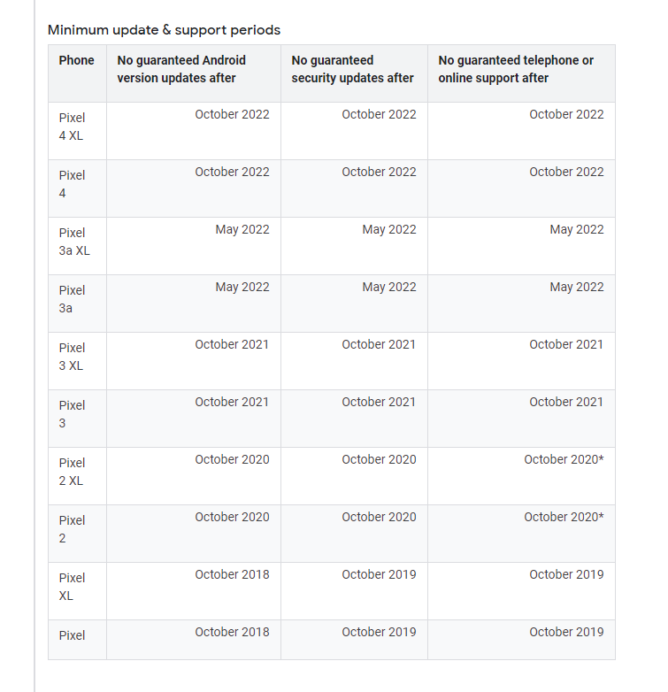 Note that the 2016 Pixels didn't get any action on the functional patches this month. And although downloads have been posted, the 2016 Pixels didn't get any of those either. Technically, last month was the last time they were ever guaranteed to get a security update, so this could mark the end of life for Google's original Pixel phones. Google only ever promised three years of updates, and those three years are up.

We've reached out to Google for explicit confirmation on whether or not 2016 Pixel and Pixel XL owners can expect any more updates, but the support document is pretty clear that the phones weren't guaranteed any updates after October 2019 — it's up to Google if it chooses to continue providing updates.

The OTAs are rolling out now for some devices/carriers. We're manually updating our devices now, and we'll be sure to let you know if we observe any differences in Smooth Display's performance or Camera quality on the Pixel 4.

We can confirm that the update changes how Smooth Display functions, switching from 60 to 90Hz at around 45% display brightness on the smaller Pixel 4. According to other reports, the larger Pixel 4 is able to pull 90Hz at all times.

Good news, 2016 Pixel owners! A Google spokesperson got back to us and has stated that the first-gen Pixels are due for one more update before the end of the year. Here's the official statement in full:

Firefox on desktop will hide notification permission popups in 2020, may come to Android later