Google's design language is ever-evolving, and thus its apps are always changing, too. The same is true for Messages, which has only recently received automatic dark mode support on Android 10 and the ability to set chat reminders. The most recent tweak is far more minor, though. Messages version 5.2 sports a redesigned image viewer that moves the share and save buttons from the top to the bottom, making them more accessible.

The new media viewer switches from Roboto to Google Sans for sender and date information and forgoes the back button in the left of the top bar for an x. It also zooms in on images and gifs that aren't high-res enough to fill the whole preview. In more interesting changes, the share and save buttons have been removed from the top bar and can now be found in the bottom left corner. The ancient save floppy disc has been replaced with a more contemporary downward-facing arrow, depicting a download. The icons have turned blue and now sit in white round outlines, looking almost like little FABs. Unfortunately, the circles always stay white right now, even when you turn on dark mode. 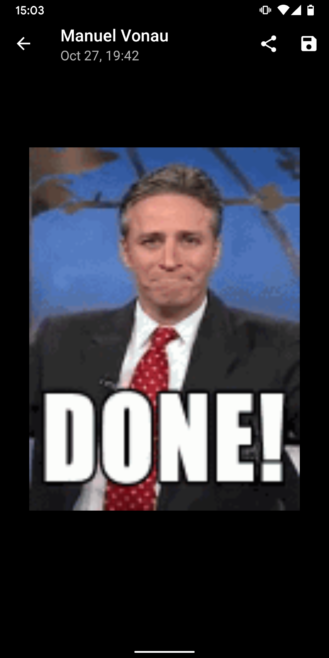 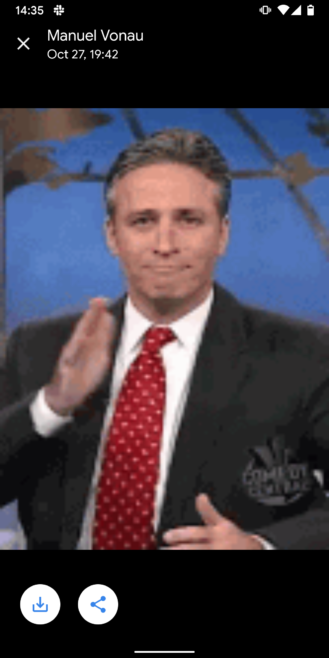 To get Messages 5.2, sign up for the beta on the Play Store or download it over at APK Mirror if you'd like to switch back to the stable release channel once it catches up. You need to close the app force close the app to make the new image viewer show up after updating.