With the launch of Nest Wifi, we've learned that this new mesh system is backward-compatible with the existing Google Wifi, but if you're happy with your setup and have no plans to get a new Nest router or access point, you can still get a little benefit out of adding your old Wifi to the Google Home app. That lets you manage a few things from a central location and adds WPA3 security to the Wifis.

Before you get started with the migration, you need to know a few things. First, OnHub devices aren't supported in the Home app so if your network has one of these older routers, you can't do this. Second, network managers will be reset and you'll need to add them as members in the Home app. All members in the latter have the same level of access. Third, some things are only accessible from the Home app (renaming Wifi devices, setting up new ones) but others require the regular Google Wifi app (changing parental controls and some network settings for eg). It's confusing enough, but there are a few more caveats that you should go through in Google's support page before making the jump. I suggest you read that carefully and make sure there are no other deal-breakers for you.

With that said, adding your Google Wifis to the Home app doesn't require much. You just have to factory reset one of your Wifi access points (main one or not) and then add it from the Home app. That brings over your entire network to the app.

Setting up Google Wifi in the Google Home app.

When you're done, a new Wifi icon will show up among the circles at the top of the Google Home app. This is where you'll find all your network's details and settings, with a built-in network speed test. 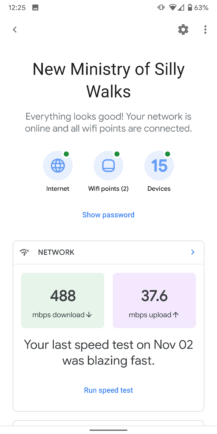 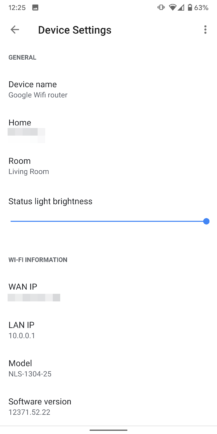 Google Wifi network and router settings inside the Home app.

You can see connected devices and their current bandwidth consumption, change their names, and check their MAC address. There's also an option to set a priority device in case you want your TV, for example, to get the speed it needs to stream 4K content, and a separate setting for prioritizing Stadia gaming. 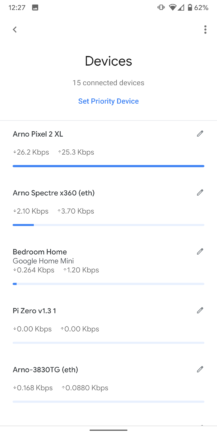 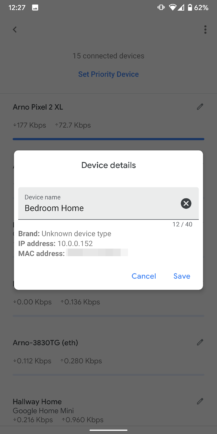 Also available are a few additional network settings like enabling Family Wi-Fi and a guest network.

Finally, there's one additional feature you get in the Home app that wasn't accessible in the regular Wifi app: WPA3 security. It's a new security standard that replaces WPA2 and should be backward-compatible with it. If you don't know what you're doing, I urge you to stop here. If you're interested in learning about it, How-To Geek has an excellent explanation. Google also clarifies that it's implementing a WPA3 transition mode for its routers, where both WPA2 and WPA3 devices can join the network, though some legacy WPA2 devices may be incompatible.

Two of our tipsters managed to turn on WPA3 without any issues on their devices, but your mileage may vary, so tread carefully. You don't want to mess up your network and lose the ability to connect to the router to revert the setting. 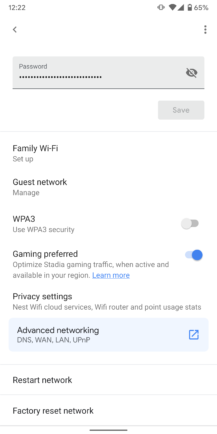 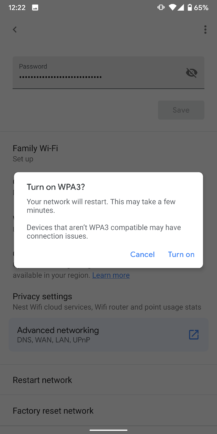 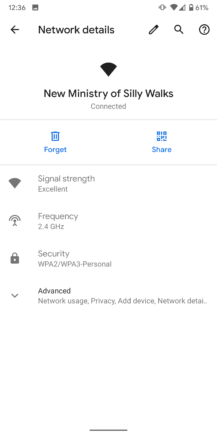 Beside enabling WPA3 there are no major benefits to migrating your Google Wifi setup to the Home app, but there is an interesting convenience factor. If you have multiple phones and tablets and don't want to install the Wifi app on all of them, you can keep it on one or two, then make do with the Home app on the others as that'll provide most essential features.

(Update: Official) YouTube ruins the Subscriptions tab with auto-playing videos, but you can ...