Have you been looking for a wall adapter that can charge all your devices? Xcentz just released its new 36W USB-PD charger, and we're giving away 26 of them! We also have an exclusive coupon code, if you want to buy one right now.

Just got my Xcentz 36W Wall Charger from the Android Police Giveaway. Thanks! @XcentzOfficial @AndroidPolice pic.twitter.com/ClTRn6kdQQ

I'm always winning something 😁Thanks to @AndroidPolice and @XcentzOfficial for my new 36W wall charger pic.twitter.com/arQF3aSRix

This new super-compact wall charger has two USB ports — one 18W USB Type-C port for devices that support USB-PD, and a regular USB Type-A connector with Qualcomm QuickCharge 3.0. Both ports can operate at full power at the same time, giving you a combined 36W of power.

The inclusion of both USB Power Delivery and Qualcomm QuickCharge support covers both major quick charging standards, so you can quickly top up just about any phone or tablet you might own. Some of the compatible devices include Galaxy S/Note phones, Google Pixels, several iPhone models, the iPad Air, and the Nintendo Switch. 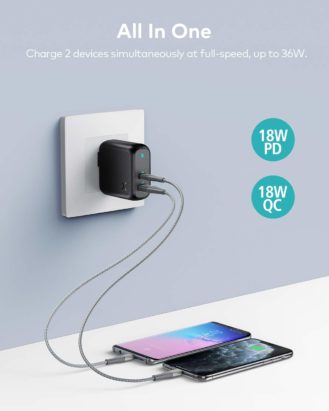 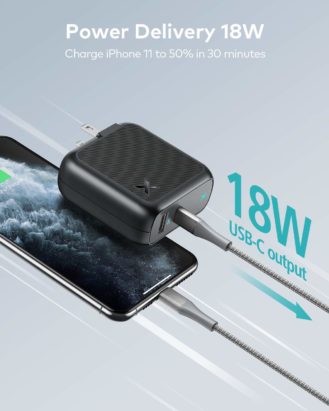 Xcentz has also included various safety measures to keep your devices safe. The charger is ETL-certified, with built-in protection against over-charging, high temperatures, and high voltages.

If you want to buy one right now, we have an exclusive coupon code that drops the price to just $17.99. When you buy the Xcentz USB Wall Charger on Amazon, just enter code TQBTEA8W at checkout to get the discount.

The contest will run from October 31st, 2019 until 11:59PM Pacific Time on November 2nd, 2019. 26 winners will be selected, and each will receive one Xcentz wall charger. The contest is only open to residents of the United States (excluding territories). Good luck!

(Update: Official) YouTube ruins the Subscriptions tab with auto-playing videos, but you can ...

TikTok is being investigated by the U.S. government over security and censorship concerns