Most streaming services, like Netflix and Amazon Prime Video, allow you to download episodes and movies on your mobile devices so you have something to watch on the go. Hulu historically never allowed you to do this, but times they are a-changin'. The platform is bringing downloads to iOS users on the No Ads plan, and a solution for us Android fans is in the works, too.

If you're an iOS (or iPadOS) user, you'll notice a new 'Downloads' section in the updated Hulu app. In it, you can view which shows and movies are locally available on your device and get access to an overview of downloadable content. When browsing or searching like you normally would, you'll see that titles available for offline viewing now have a button that lets you add them to your device. 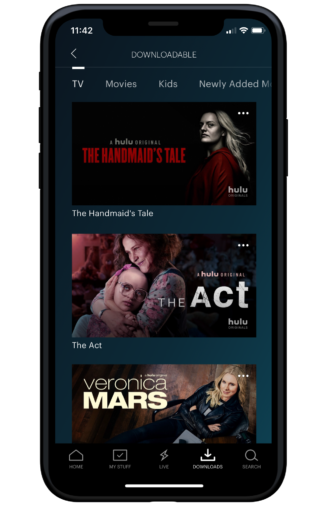 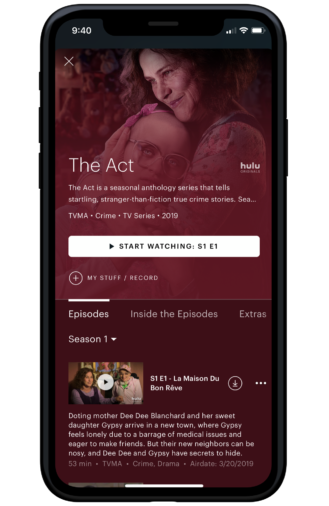 You can download up to 25 titles across a maximum of five devices. Once you've got content on your device, you have 30 days to watch it until it expires, but you may renew it as long as it's still available on Hulu. As soon as you've started watching something, you have 48 hours to finish it before it's expired.

The update is rolling out to iOS users today and Hulu says "Downloads will be coming to Android users soon," so hopefully, we won't have to wait too long.

A couple of weeks later, the feature is rolling out to Android users. You'll get to choose between standard and high quality, depending on whether you prefer to save storage and bandwidth or want the clearest video you can get.

The update has been rolling out for a while and judging by Hulu's latest Tweet, the option to download shows to Android and Amazon Fire devices should now have reached everyone subscribed to the No Ads plan. Just get the latest version from the Play Store if you haven't already.

We know you heard the news about Downloads, but now we’re back with an exciting update… Hulu (No Ads) subscribers can download and watch offline using Android mobile devices and Fire tablets too!

Still waiting for Hulu on your phone to update with support for video downloads? No sense putting it off for another moment, not when APK Mirror has the lastest Hulu update all ready to sideload.

Chrome confirmation buttons not working on Android 10? Disable overlays from other apps