When casting music, movies, series, or videos to a speaker or TV, the Google Home app conveniently lets you control it, even if you used another device to initiate playback. Although the interface was handy, it wasn't visual enough. Thankfully, Google is seemingly working on a revamped one for cast media control.

The new design was uncovered by Jane Manchun Wong, who's known for fiddling with apps to find upcoming changes. The revamped interface hasn't been released yet, but it gives us a good indication of what Google is working on. 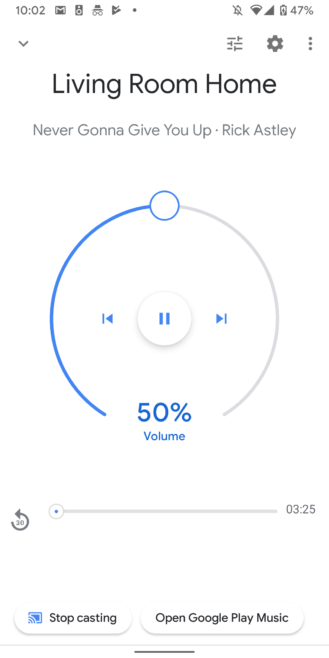 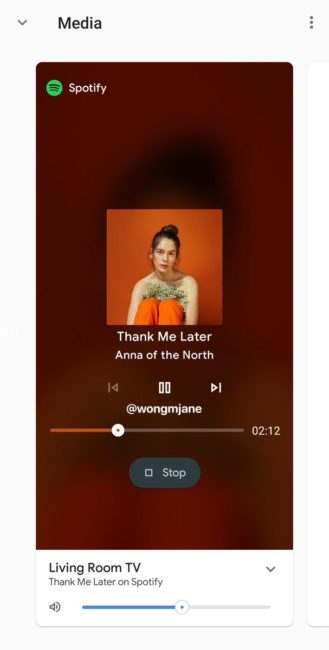 The former UI looked the same no matter what service you were using to cast media. A link to open the app was displayed at the bottom of the screen, without its logo, making it harder to identify where the content came from. Similarly, the title's name would be displayed without any cover, making the screen look a bit dull.

With the new interface, things look much sleeker, as the album art is displayed in the middle of the screen, with the background and progress bar color adapting to it.  Similarly, instead of focusing on the cast device, the emphasis is now on the title, with related information such as the artist and song name appearing underneath the album art. Google has also switched the position of the progress bar and volume rocker, as the latter has moved to the lower part of the screen, together with the cast device's name. Interestingly, the title name is shown redundantly, as it appears again in the bottom card. Unfortunately, the new UI doesn't seem to have a 30-second rewind button, which was particularly convenient when watching series.

This new interface hasn't been officially rolled out yet, and the company may make further adjustments before releasing it globally.

We're starting to see the new Google Home UI on our devices, which has only very slightly evolved from the screenshots we posted back in September. The pause button is now just a tad larger, and the volume card doesn't show any text. The most important change is the stop button, which has been replaced with one showing the cast device's name, and can be used to play content on another device.