The Pro 2 was already a fantastic wireless camera, with a solid 1080p resolution, battery life extending into weeks, and free 7-day cloud storage for recorded clips. Now the Pro 3's out to try and one-up its predecessor, offering a new 2K resolution, integrated spotlight, wide-angle recording, and more. But for all those changes, does the Pro 3 ultimately offer a better user experience? Let's check it out.

The Arlo Pro 3 goes with the same basic design as the Ultra, and compared to the Pro 2, this is a big improvement. Rather than giving us another camera body peppered with hinges, buttons, and flaps, the Pro 3 encloses its hardware in a sleek, well-protected shell. The camera body pops out of the frame to access the battery, but is normally held snugly in place with a gasket to keep all the forces of nature at bay. 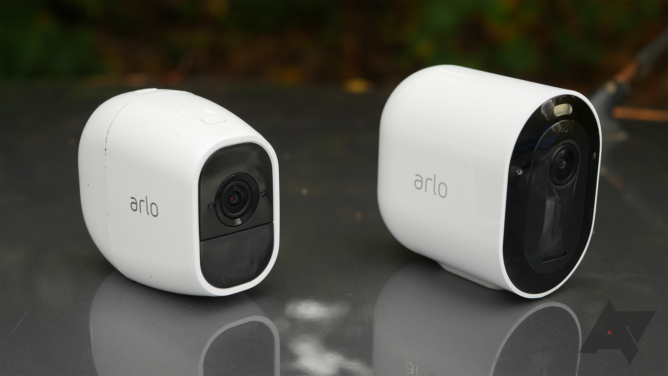 Arlo includes a pair of mounting options for the camera two-pack I checked out. The standard magnetic mount gets an upgrade this year, moving from a convex to concave design. This gives you a bit more freedom in setting up your viewing angle, but mostly just helps the cameras themselves feel more durable. We also get a pole mount, which works great when installing the Pro 3 on a ceiling. 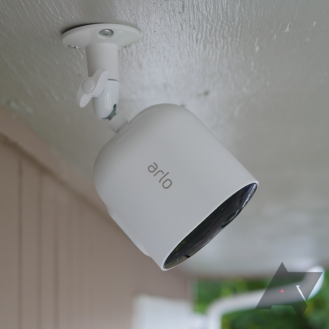 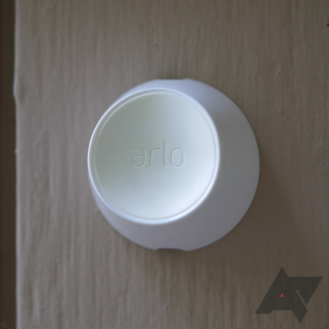 While the pole mount is arguably more secure, the magnetic mount easily installs with just a single screw.

My only real complaint with the new look is that charging is now done with a proprietary magnetic cable. I certainly don't miss the rubber flap covering the Pro 2's micro-USB port, but while more robust, this seems destined to get lost (it's $25 to replace). The new camera-shell design also seems like it would be ideal to let you pop the camera out of its frame to charge, while not forcing you to reconfigure viewing angles later. Unfortunately, you still have to pull the whole thing down, as the magnetic adapter only works with the shell present. 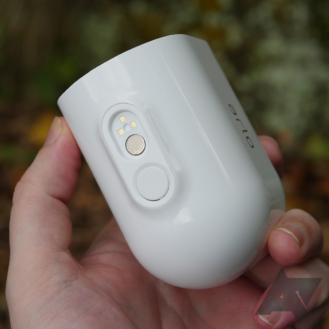 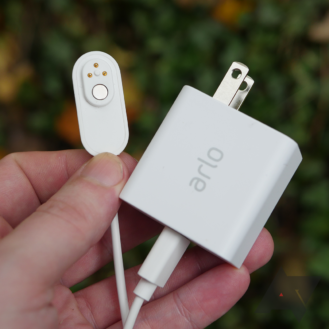 Just make sure you keep the proprietary magnetic charging adapter in a safe place.

The big news for the Pro 3's camera hardware is the move to 2K resolution: 2560 x 1440. We also see viewing angles expand from 130 to 160 degrees, and the previous B&W IR-only night-vision mode joined by an option for full color thanks to the presence of an LED spotlight.  We'll talk about image quality and operation in just a moment.

Arlo's base station (formally a "SmartHub") is just slightly different this year, dropping one of its USB ports for external storage (it's still got the one), and offering fewer status LEDs. Probably the most significant move there is that the system's siren relocates from within the base station itself to being a part of each individual Pro 3 camera. 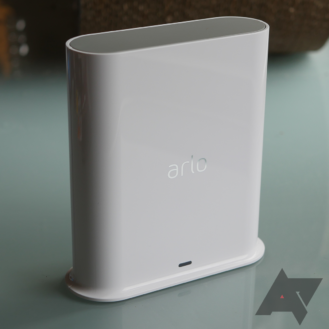 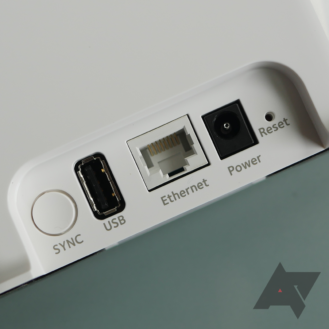 Well, the move to 2K has really paid off: Video shot with the Pro 3 looks great. It's not enough to make me go and pull down my existing Pro 2 cams, but it's definitely a welcome improvement. Wide-angle filming, while not quite as wide as on the Ultra, is a great asset, and you can always tighten the field of view up if you don't need to grab all the corners. There's even an optional auto-tracking mode that digitally zooms in to follow the action, though I prefer to keep the whole scene in view. 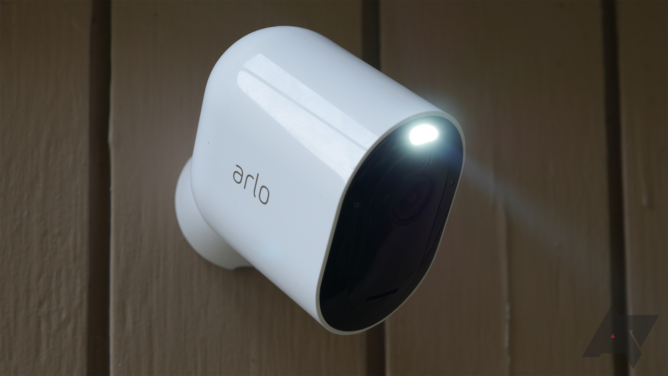 A decently powerful LED spotlight helps light up the night for full-color video.

Motion detection works well, and is highly configurable with sensitivity options and customizable zones. If you actually want video clips of all the chipmunks running around your yard (like me), the Pro 3 is happy to comply, or can easily be set to only look for more substantial motion.

Speaking of that, advanced features like person, animal, vehicle, and package detection are available, helping to curate the motion events that need your attention. Unfortunately, all this is only yours as part of the Arlo Smart subscription service, though you do get a three-month free trial.

That's also the only way to get cloud storage for the Pro 3, which drops the free 7-day rolling storage from the Pro 2. Honestly, this is an absolute deal-breaker for me personally, and with how expensive Arlo hardware is, this just feels like nickel-and-diming. We're not talking a lot of storage, either: The average for my motion-triggered clips over a 7-day period comes to under 1GB per camera. A $200 camera should be able to come with a measly gigabyte of cloud storage.

This might be less of a problem if the Arlo hub's external USB storage were worth a damn, but there's no way to watch those recordings from the app itself; you have to physically move your USB device over to a computer to view. Even the bargain-basement $20 Wyze Cam lets you stream its local microSD storage through the app. This feels less like a technical limitation and more a move to generate subscribers for Arlo Smart. Either way, it's half baked and makes me cross.

The Arlo app itself hasn't changed a ton since I got to know it with the Pro 2, with a healthy assortment of options to dive into, and basic rule support — motion on one camera can trigger another to start recording. While familiar and functional, some of the same problems I've seen before remain, like lengthy delays when manually connecting to cameras for live views, and the occasional duplicate recording.

Maybe. The Pro 3 camera hardware is an undeniable improvement over the Pro 2, and while I feel Arlo didn't go far enough in a few areas, and missed some opportunities to make things even better, I'm very satisfied with the overall direction. But while the Pro 2 was a great investment, to get any sort of reasonable operation out of the Pro 3 you'll need to pay between $70 and $120 a year for Arlo Smart and its cloud connectivity. Arlo's always catered to shoppers willing to spend top-dollar, and the Pro 3 only further cements that role.

If price is no object, you should be very happy with the Arlo Pro 3. The two-pack system reviewed here lists for $500, with add-on cameras at $200 a pop (though it's easy to save with bundle deals). But if you'd rather not worry about ongoing service fees, there are plenty of other options out there, and it's as good a time as any to pick up the Pro 2 for cheap. 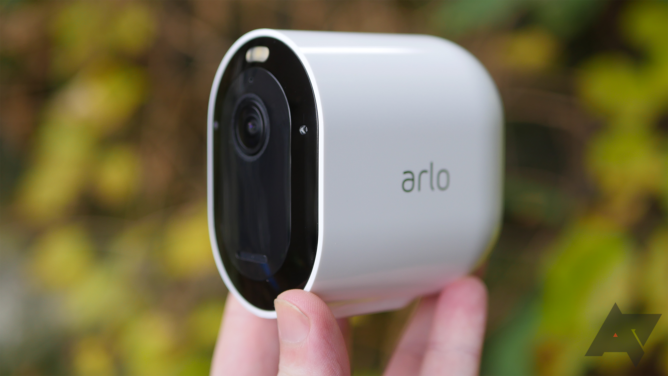