One of the major benefits of having a smart display instead of a speaker is seeing relevant controls and information on the screen. For music, that means album art, playback controls, videos if available, and most importantly, lyrics. On Google Assistant smart displays, only titles from Google Play Music showed lyrics, but that's now rolling out to Spotify as well.

If you have a Google Assistant Smart Display, be it a Nest Hub model or a unit made by Lenovo or JBL, and you play music on Spotify, you may see the service's "Behind the Lyrics" right next to the album art. Of course, this only works for titles that have these half-story half-lyric details. 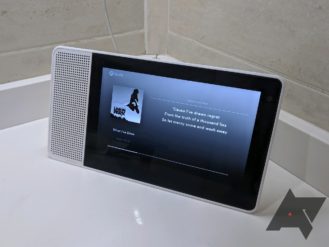 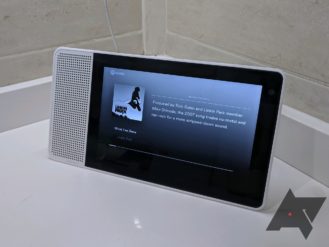 The implementation appears to be recent and still rolling out. I only noticed it yesterday on my Lenovo Smart Display while several of my colleagues haven't seen it yet. The only other report of the feature comes from a Redditor and is a couple of weeks old.

If you want to try it, make sure your Smart Display is set to play music by itself and not as part of a group. Spotify has a different UI when casting to a group of speakers, and that one doesn't have lyrics yet.