During Unpacked 2019, Microsoft's CEO Satya Nadella made a surprise appearance on stage to declare his company's promise to integrate some of its software savvy with Samsung's hardware prowess. Mere months later, one of Samsung's core services, Samsung Cloud, showed its first signs of collapse when its free tier of storage options dropped from 15GB to a measly 5GB. On this Halloween, it appears Samsung is preparing the coffin for its cloud service with Microsoft's OneDrive primed to be its successor.

Samsung Cloud isn't dead just yet, but it's on life support. Starting today, Galaxy Note 10 and Note 10+ users running Android 10 beta can choose OneDrive in lieu of Samsung Cloud as the primary online storage service for photos and videos. SamMobile reports that users will not be able to revert back to Samsung Cloud after this change has been made. Users who make the switch can also request a refund for any purchased Samsung Cloud storage by following the steps outlined on Samsung's FAQ page. Data beyond photos and videos that is currently stored in Samsung Cloud will remain intact, at least for the time being. 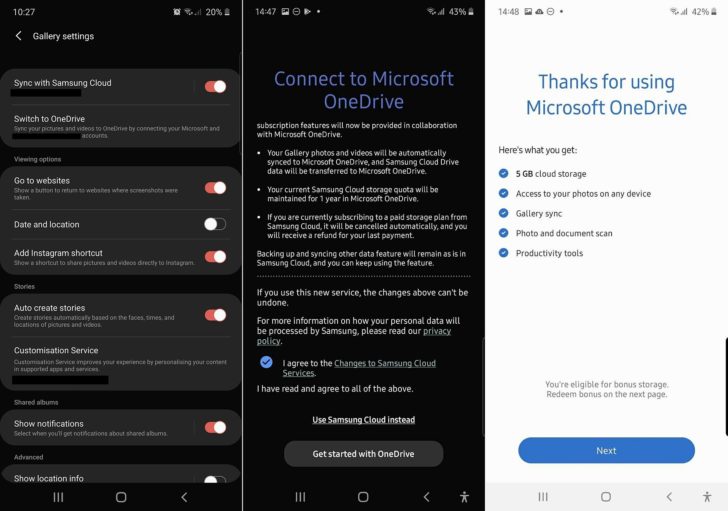 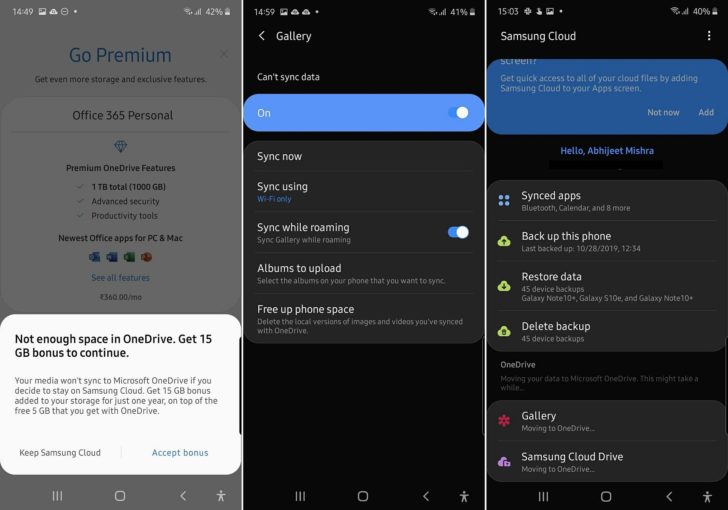 What OneDrive's direct integration means for the future of Samsung Cloud is unclear. It's possible Samsung will work with Microsoft to weave additional backup and syncing features into their OneDrive partnership, thus sealing Samsung Cloud into its proverbial coffin. The Galaxy brand is still powered by Android, so there are other storage options available on the Play Store if you'd rather not go the OneDrive route. Of course, Google also offers a suite of cloud-connected services for storing photos and backing up the information on your devices like apps, settings, SMS, and more.