It's been a long time coming — 4 months, actually, for those of you remembering back to Google I/O — but we're finally getting our first real look at Incognito Mode for Google Maps. Ironically, the pictures we have are courtesy of some members of the Google Maps Preview test group who wish to remain anonymous.

As with Incognito Mode for Chrome and YouTube (and maybe even Google Pay in the future), the same for Maps would prevent your search queries and real-time tracked location from being recorded onto your Google account — useful for secret rendezvous and avoiding certain people. 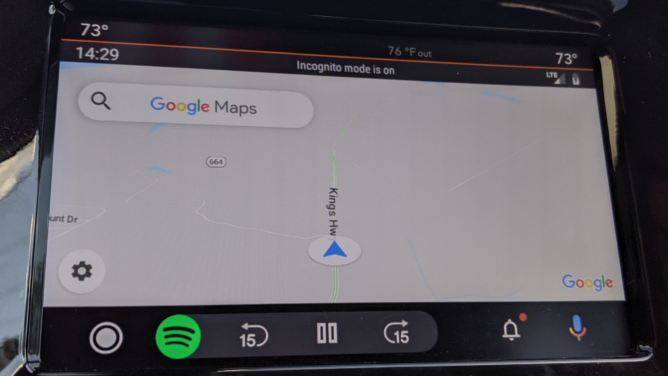 The image above shows what navigating in Incognito Mode on Google Maps will be like for Android Auto users. You'll notice that the status bar up top has turned black and the phrase "Incognito mode is on" has been aligned to the center.

Test group users were emailed about Incognito today. Those who have updated to Preview Maps version 10.26 or above can now access the feature by heading into the app, tapping their profile picture, then selecting "Turn on Incognito mode." Your locator marker will turn from its usual blue color to a pale charcoal.

If you're on the outside, you'll probably have to wait a few more weeks before you're able to actually don a trenchcoat for your next journey — for whatever reason.

As announced in the Google Maps Help forums, Incognito Mode is now rolling out to Android users. If you don't see the toggle when you hit your avatar in the app, be patient — it could take up to a few days. 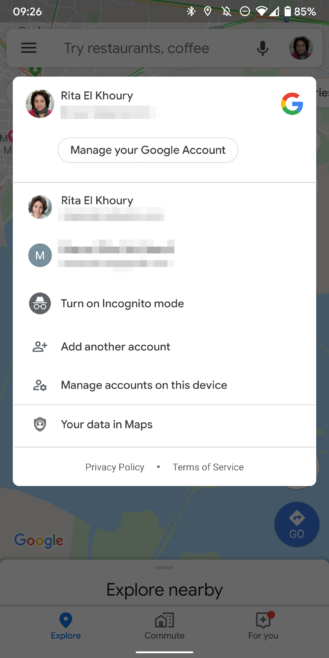 The icing on top would be if iOS users were able to get Incognito Mode, too. Perhaps another day.

Assistant on Smart Displays can now listen for and speak Italian