Earlier this year, I purchased a slightly-used Samsung Galaxy S10e, which has become my personal favorite phone. My last experience with Samsung phones was the 2011-era Galaxy Player 5, so I was curious to try out some of the features the company has developed since then, including DeX.

If you're not familiar with it, Samsung DeX was originally released in 2017, alongside the Galaxy S8. With the aid of a $150 dock, you could connect your phone to an external monitor, keyboard, and mouse for a PC-like experience. It was perhaps the first mass-market implementation of phone/PC convergence, after both Canonical (maker of the Ubuntu Linux operating system) and Microsoft tried to make it happen.

So, three years after DeX first became available, how has it shaped up? Can DeX replace even a basic PC in your home?

If you've never used it, DeX is available on most of Samsung's flagship phones and tablets from the past three years. In the case of phones, it previously required purchasing one of Samsung's DeX docks (I found a lightly-used one on eBay for $30) if you wanted the best experience. However, some models can now run DeX as a window inside macOS or Windows. Samsung's tablets can run DeX on their own screen by simply tapping a quick settings toggle. 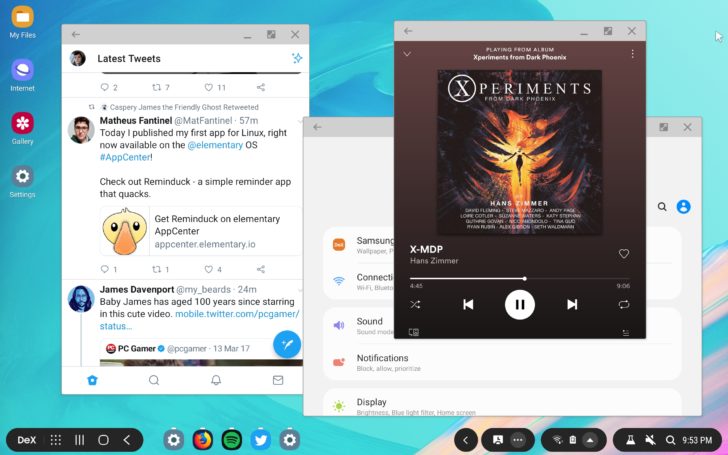 Once you're in DeX, you're greeted by a desktop environment that mirrors the layout of Windows. There's a desktop with icons, a taskbar containing settings and currently-open activities, and a menu containing all your installed apps. Samsung has even implemented smaller details, like window previews when you hover over a taskbar icon.

The main draw of DeX is that apps run inside floating windows, so you can have more on your screen than Android's regular interface would allow. Of course, this kind of functionality has been available on stock Android since Nougat, but the floating windows combined with a functional taskbar and other tweaks make for a more polished experience than what is possible with third-party apps. 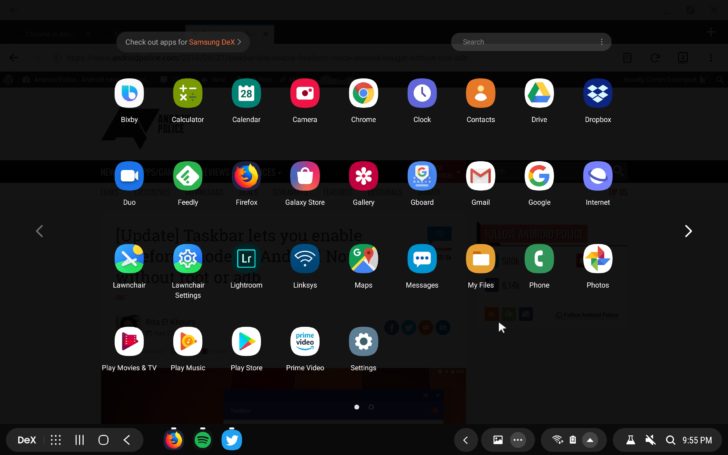 While most apps technically work in DeX, the experience still varies widely from app to app. On the high end of the spectrum are Samsung's own applications, like the Internet web browser, and a selection of third-party apps where Samsung has worked with the developers. Microsoft's Office suite is supposed to be a prime example of this cooperation, and while they worked decently well (and I was finally able to put my school's Office 365 subscription to good use), there were still some odd quirks. For example, Word would sometimes reset my page zoom settings when I switched to another app. 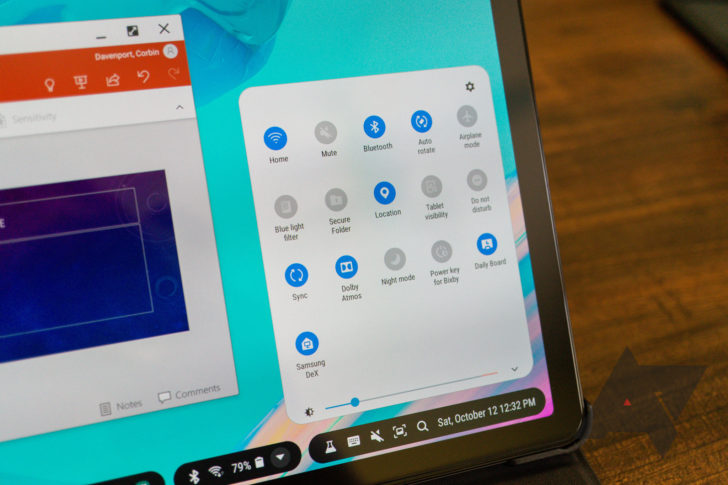 I also ran into apps that definitely had bugs running in DeX. Firefox would sometimes darken pages, as if the app was out of focus. Many video apps, like YouTube and Amazon Prime Video, stopped playback immediately when I interacted with another app.

Death by a thousand paper cuts

Samsung DeX, or any other environment that tries to make Android apps usable with a keyboard and mouse (coughChrome OScough), has always felt a bit... hacky. Having to shift-click to select text instead of dragging my mouse over it, or holding down my mouse to simulate a long finger press, or Gmail opening links in a Chrome Custom Tab instead of the browser app, breaks the illusion that I'm not using my actual laptop.

That being said, I'm well aware there's only so much Samsung can do here without breaking how apps work on Android. The company has already done a pretty good job at turning Android into a pseudo-desktop OS, and in some places, it feels less janky than using Android apps on a Chromebook (because there's no virtualization going on). However, there are still some aspects of DeX that I'm fairly certain don't have to be the way they are.

My greatest annoyance with DeX's interface is the taskbar. By default, it takes up nearly all available horizontal space with loads of status icons, only leaving space for one or two applications. The icons are also grouped into three bubbles: one for notifications, one for system settings, and a DeX actions panel. You can collapse the taskbar, but then you might not know where the button you need is located. Given time, you get used to it, but I don't think this is great interface design. Why not just copy Windows? 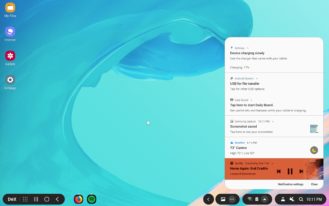 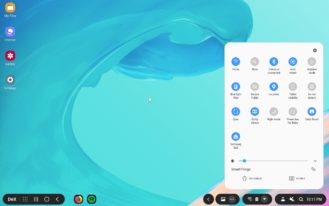 DeX on my Galaxy Tab S5e is generally a good experience with few odd behaviors (with unoptimized apps being the main culprit for bugs), but I found DeX on my Galaxy S10e to be almost unusable. While the interface and performance were roughly the same, text scaling was completely broken.

Some text in DeX on the S10e would look fine, some would be pixelated, and some had the top and bottom of characters cut off (as if the line height was shorter than the text size). This wasn't an issue with unsupported apps, either — it happened with Samsung Internet as well. I used my DeX dock for about an hour, and I haven't plugged it in since then. 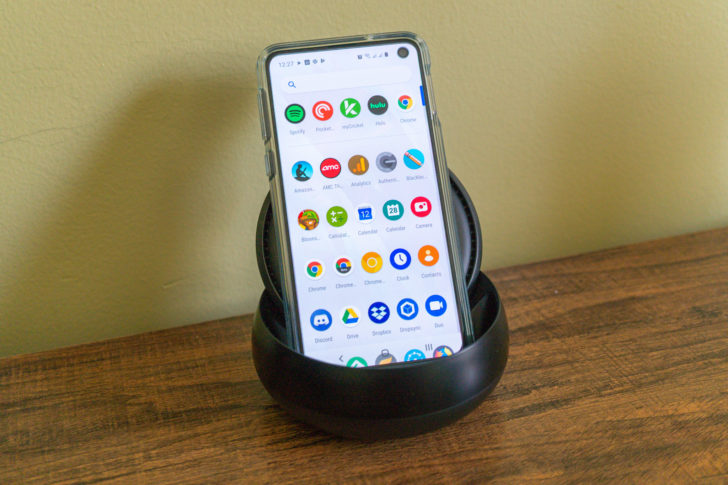 Convergence between phones and PCs felt like the next big thing five years ago, when smartphones were becoming faster just as rapidly as personal computers evolved in the 1990s. Samsung DeX is the closest thing to the promise of a phone that converts into a PC, and it's the only one to date that is widely available. However, it can still be a frustrating experience, even in areas where (I assume) Samsung has full control over the experience, like with the taskbar.

It's safe to assume DeX hasn't been a smash hit.

The popularity of DeX also seems to be unknown to anyone outside of Samsung. Unlike Wear OS, there's not even an app from the Play Store with public installation numbers, since DeX is built into the system software. I think it's safe to assume DeX hasn't been a smash hit, since the original dock still has barely over 500 reviews on Amazon two and a half years after its release.

If you have a reason to use DeX — maybe you want to play Android games on a big screen or do occasional productivity work from a tablet — I don't think it's terrible. However, even after spending $70 for the Tab S6e keyboard cover so DeX would be the best possible experience, I still found myself reaching for my laptop in almost all situations. 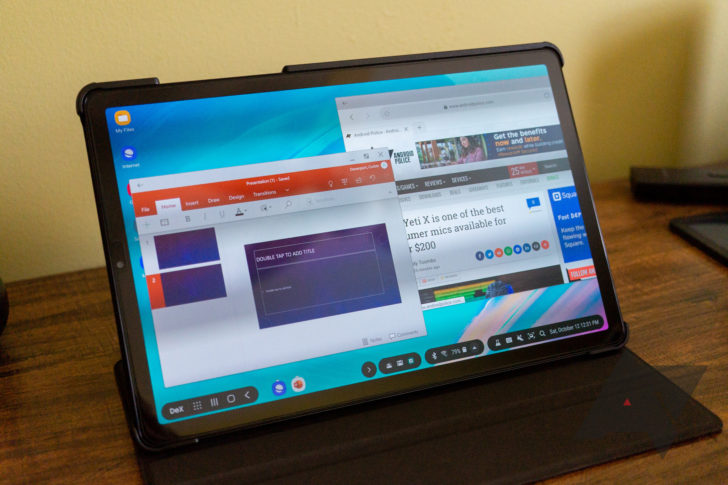