Today Razer announced a two-piece gaming controller called the Junglecat that sticks on to the left and right sides of your phone, making the finished setup looking like a Nintendo Switch. The Junglecat offers gamers a distraction-free gaming experience by eliminating the need to use fingers to control the on-screen action. When utilized as intended, however, it is only limited to four smartphone models as it requires giving up your personal phone case for its own.

As expected from a modern-day Android game controller, the Junglecat comes with all the requisite controls: twin analog thumbsticks, bumper buttons on each side, a 4-way d-pad, and four extra buttons. In order to play games on your smartphone Nintendo Switch-style, you would first place your phone inside the Junglecat case, then slide onto it the left and right sides of the controller. It looks like this fully-assembled: 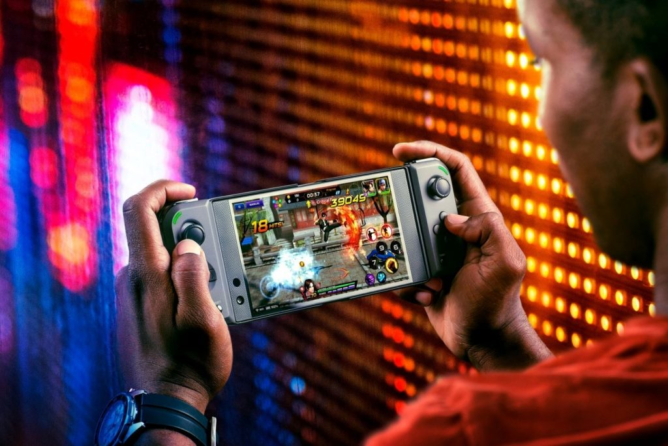 With all the game controls handled off-screen on the controller, focusing on the game becomes easier without any fingers to obstruct the view.

Razer will make compatible phone cases for four smartphone models: Razer Phone 2, Samsung Galaxy Note 9, Samsung Galaxy S10+, and Huawei P30 Pro. The company provided a statement to the Verge that those models were initially chosen because it is prioritizing phones with large displays and gaming-oriented specs that have sold in high volumes. Even if you don't own one of these phones, you can still use the Junglecat as a stand-alone controller by combining its left and right pieces together and holding it like this: 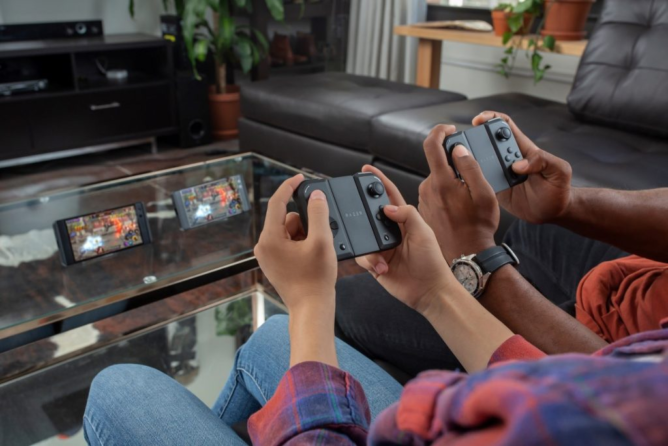 Whichever way you use it, the Junglecat will connect to the phone via a Bluetooth Low Energy (BLE) connection. Even without a physical wired connection to the Junglecat, Razer claims latency won't be an issue for face-paced first-person shooters and fighting games.

In terms of game compatibility, Razer provides a list on its website, with support for more titles forthcoming. Razer also made available the Razer Gamepad app on the Play Store, which automatically configures the gamepad with preset profiles for supported games, with the option for creating your own custom button mappings.

Battery life is rated as 100+ hours and the Junglecat uses a USB-C port for charging. The Razer Junglecat is available to order now on Razer's website for $99.99. 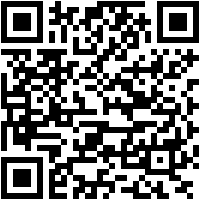 Sony shuttering PlayStation Vue in early 2020, leaving us with one less streaming option