Everyone is making true wireless earbuds lately, but this setup pushes the limits of Bluetooth. Even expensive earbuds sometimes have sync and audio lag issues on Android, and the severity can vary from one phone to the next. Razer claims it has solved audio lag once and for all with its new Hammerhead true wireless earbuds, and they're available now for $99.99.

The new Hammerhead earbuds look a great deal like Airpods, but with the usual Razer bent. They're also one of the few true wireless sets that rest in your ear like Airpods instead of being edged in the ear canal with silicone tips. Razer claims its custom Bluetooth 5.0 connection can get audio lag as low as 60ms (in "gaming mode"), which is vastly better than other true wireless earbuds on Android. Ideally, you want BT lag to be under 100ms, but many Android devices and earbuds are twice as high. 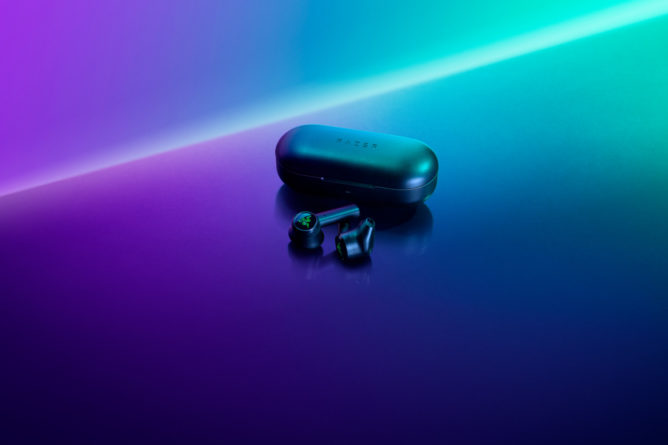 Razer's battery life claims don't sound as impressive, though. The Hammerheads should get about three hours per charge with another four cycles in the case—a total of 15 hours before you need to plug in. Thankfully, you recharge via a USB-C port. Razer is selling the Hammerhead true wireless on its website right now for a Benjamin.

[Update: Fix rolling out] No, your TV's not misconfigured: Android TV is cutting off Chromecast text