Of all the things we expected to come out of Lenovo's Motorola this year — mediocre modular phones, a flank of mid-rangers, and a foldable to behold — we did not think a new Wear OS smartwatch would be one. That said, we do have a 3rd-gen Moto360 (no space, as styled) to wait for, but it doesn't look to have been manufactured by Motorola.

The webpage for the new Moto360 indicates that the stainless steel watch case will come with two physical buttons and a unique leather or textured silicone strap for each look. One size will fit all three looks: Steel Grey and Rose Gold with a powder vapor deposition finish or Phantom Black with a diamond-like carbon finish. The watch features last year's Snapdragon Wear 3100 which brings along more power-efficient modes to last it all day. As it sports both Wear OS and NFC, there's also Google Pay support.

Retailer B&H has gone as far as posting a blog entry about the new watches. It also had sales pages linked for each variant. It has since pulled all Moto360 assets from its site and Google's cache.

As Engadget notes and as evidenced in the Terms of Service for the promo webpage, a licensee management company EBUYNOW is referenced as the product and sales manager for the timepiece. It doesn't necessarily mean that the company itself is responsible for manufacturing the product, but it's likely that either one or an assortment of ODMs helped produce this one.

Motorola was a major proponent of the Android Wear platform, launching the first-of-its-kind circular Moto 360 in 2014 — coming in just before the LG G Watch R — and refreshing the design just months later. A 'sport' variant was released in 2016. The Google Store stopped selling the 2nd-gen model in 2017. 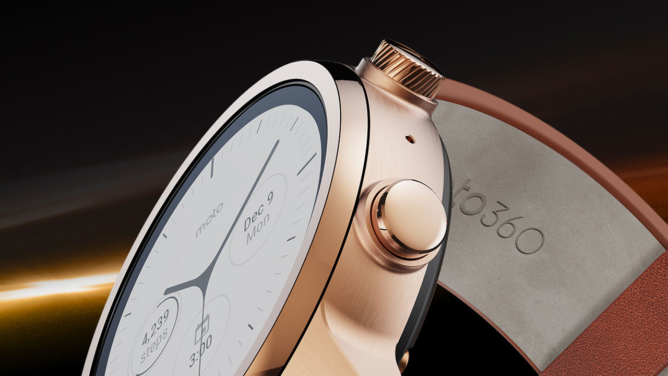