The original Angry Birds was one of the first cultural phenomenons in mobile gaming, eventually spawning multiple sequels, a movie franchise, and a really ugly dress. Now, there's an augmented reality version of Angry Birds, and you can play it on any Android device with ARCore compatibility. There are ads and in-app purchases, but the game is pretty fun.

The gist of the game is the same as the mainline Angry Birds games. You have to kill the green pigs by launching birds at their haphazardly constructed forts, earning coins based on how efficiently you crush them. You can play the game on any flat surface by pointing your phone camera at it. Then, it's a simple matter of aiming, adjusting your angle, and launching the birds.

Naturally, this is a free-to-play title. You can play through the full game with occasional ads, but you can pay $3.99 to remove them. There are also ads that give you extra birds for tough levels. Overall, it's not as aggravating as the other games in the series, and the 3D elements add a new twist to the established formula. 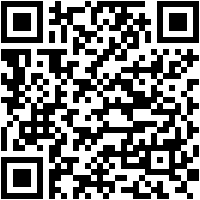 Google opens up '.new' domain shortcuts to other companies: Spotify, Medium, Bitly already on board