Android TV boxes and TVs have Chromecast functionality built-in, which is very convenient since you don't have to plug yet another device in your television to cast content from your phone. There's currently just a minor problem with the integration that might drive you to think you've somehow misconfigured your TV. For a few days, some devices have been cutting off the Chromecast text on the bottom left corner of the Daydream screensaver.

The issue is not related to a misconfiguration in the overscan or aspect ratio settings of your device, thankfully. It seems like Google pushed a botched update that simply chooses the wrong position for the text, pushing it too far over the edge. This might be related to the algorithm that keeps displaying this text in slightly different spots so it doesn't burn into your display when you leave the screensaver turned on – our own Stephen Schenk noticed the text is cut off in ever-changing locations on his TV. In other apps, the problem does not occur. 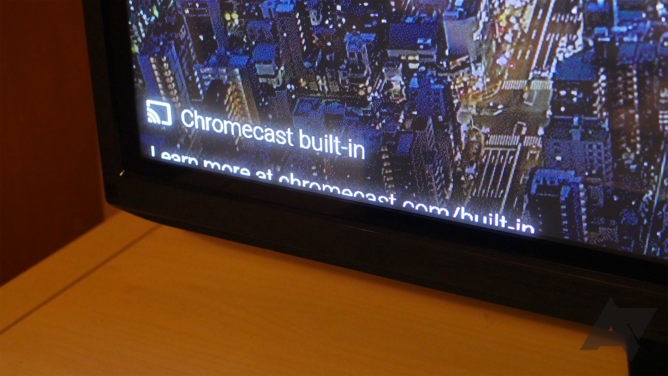 Another variant of the cutoff.

There is nothing you can do to fix the situation yourself, but you can now stop frantically searching your TV's settings for a solution. You'll have to wait for Google to push out another update to bring the text back to the correct spot.

A Google spokesperson reached out to our friends at 9to5Google and confirmed the company is rolling out a fix. The update should reach everyone by tonight.