YouTube Music is slowly spreading its tentacles and establishing itself as Play Music's successor. While the service still lacks many essential features for some users, it's good enough for others. Its most recent addition is Siri support on iOS — while Android integration with Assistant is still iffy.

The YouTube Music iOS app added Siri support a few days ago. It lets you ask Siri to play an artist, album, or song, as shown in the video demo below. The app already integrates with Siri Shortcuts, so you can also manually record a shortcut to launch a playlist.

The funny (read: very sad) part of this story is that this is the second Google app this month to add Siri integration before it properly implemented it on Android. Bear with me while I explain the idiosyncrasies of the situation.

If you live in a country where both Google Assistant and YouTube Music are officially available, you'll most likely find the latter in Assistant's music services settings. In that case, things should work well for you.

But if Assistant isn't officially available, and you're using it by setting it to US English like millions of us are, you won't have any music service choices beside regular YouTube, even if YouTube Music has officially launched in your country and you have a Premium subscription to it. That's because the list that shows up under Assistant's music services is geo-restricted and will only offer certain services based on where you are. In that situation, you can't set YouTube Music as a default service, or even as a service as it is.

Now all of this should not matter at all if YouTube Music's local hooks to Assistant worked well. Those are the same hooks Pocket Casts, Poweramp, and "Other music services" use to be invoked by Assistant on your phone (and not Home speakers) and to play cloud or locally-stored music. If they were properly functional, asking Assistant to play something on YouTube Music should be the same as Pocket Casts and Poweramp. It isn't. I'm often thrown to YouTube and sometimes Spotify. Even if I try typing the properly capitalized "YouTube Music" or the app's name as it shows up in the launcher, "YT Music," it just doesn't work. Something isn't clicking with the local integration between Assistant and YouTube Music. 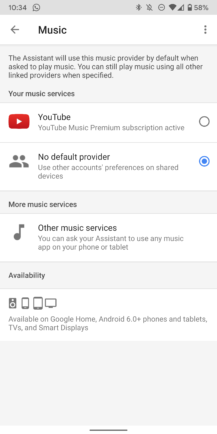 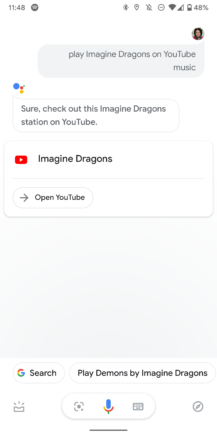 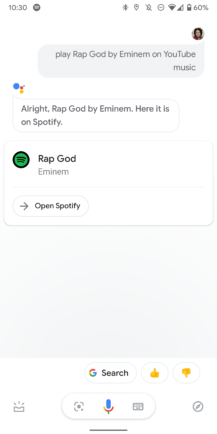 No YouTube Music option in Assistant settings. Despite the "other music services" option, it never works.

The cherry on top of the cake is that the same requests execute perfectly in Google Search's older, non-Assistant reliant voice and text search. Same device, same settings, same apps. Feast your eyes: 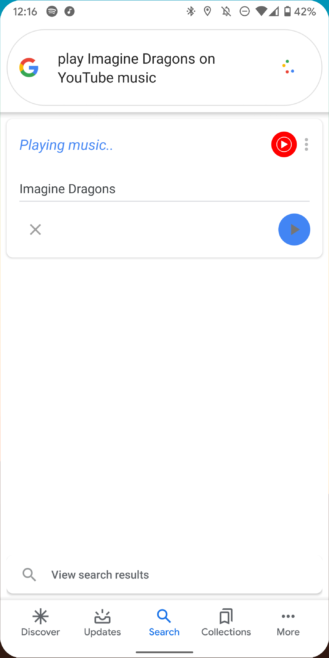 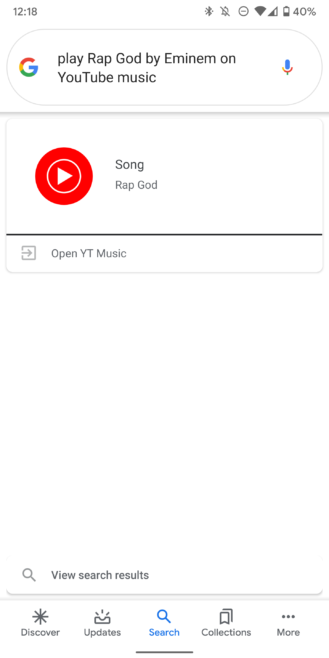 YouTube Music has no issues integrating with Google Search.

The number of hoops I had to go through just to understand what was working and what wasn't, and why, should give you an idea of how terribly implemented some things are in Assistant.

But if you're on iOS, you get Siri integration with YouTube Music, no geo-restriction, no Assistant settings, no weird limitations impossible to wrap your head around... just no questions asked ¯\_(ツ)_/¯.

Google Play Music marches to the beat of its own drum, reaches 5 billion Play Store downloads