Not too long after the release of the Galaxy Note10, Samsung is turning its attention towards its regular flagship series sans pen, the Galaxy S10, S10e, S10+, and S10 5G. An update rolling out to the European Exynos variants of the phones is giving them some Note10 camera features and DeX for PC.

The camera is now capable of many functions available on the Note10. Night Mode has been expanded to the front-facing lens, allowing you to take much better selfies in the dark. The video mode receives improved stabilization, AR doodles, and live focus during recording, allowing for bokeh effects. When you've finished shooting, you can edit clips more easily right on your phone by using an improved video editor, accessible through Samsung's Gallery app. 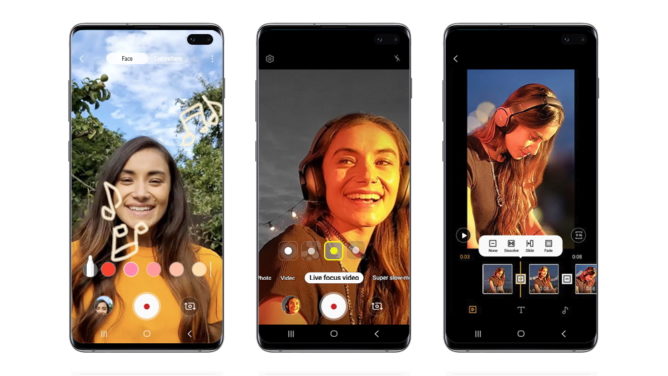 Despite its name, DeX for PC lets you connect your Samsung phone to your Windows machine or to your Mac. To do that, you need to install Samsung DeX on your computer and plug in your S10 via USB. It'll pull up a dedicated desktop interface from your phone and let you use Samsung's optimized apps. Microsoft's Link to Windows comes pre-installed with this system update, too, which helps you view text messages and sync images wirelessly, but you can already install that app on your phone even if you haven't received the new firmware yet. 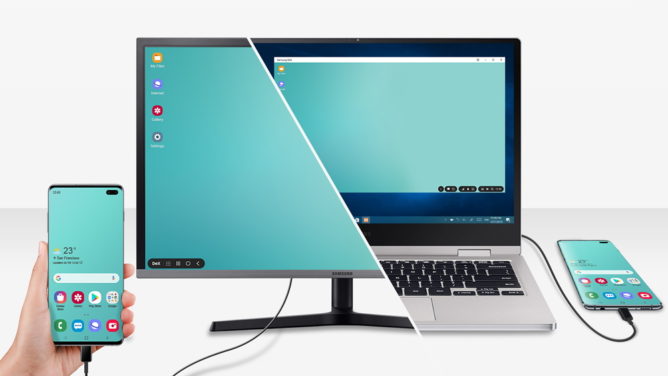 The update raises the phones' security patch level to September and is rolling out to European variants of the Galaxy S10e, S10, and S10+. If you're not based in the EU or if you're using a Snapdragon variant of any of these phones, you might have to wait a little longer until you can expect to receive the new version. There is no information on the rollout for the Galaxy S10 5G, yet.

Samsung says this update is now rolling out to Galaxy S10 devices in the US. The headlining features include the following.

Exact deployment details will vary by carrier, but it sounds like this will hit devices in short order.